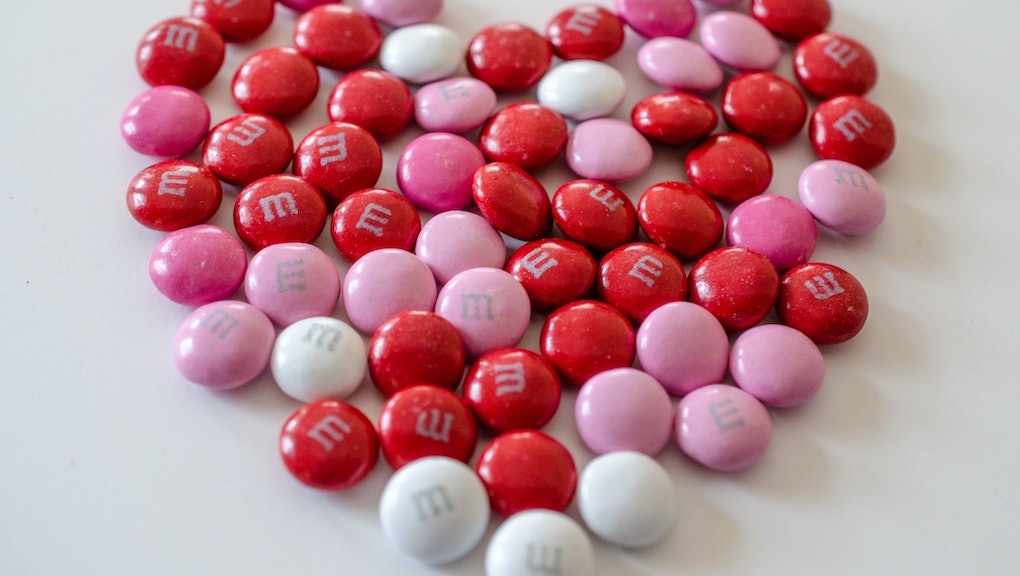 Anti-Valentine's Day advocates are usually written off as singles who are just miserable about the lack of romance in their lives — or, maybe they just have a sharper instinct about the truth behind Valentine's Day than everyone else. In fact, the true origins of Valentine's Day involve the opposite of love: death (and some good old misogyny, of course).

St. Valentine's Day was created by the ancient Roman Catholic Church in 498 A.D. to honor two martyrs named Valentine (it was a popular name back then) who were both executed by Emperor Claudius II on Feb. 14 of different years in the third century A.D.

Here's how Cliché Hallmark card vibes came into play: One of the Valentines allegedly restored the sight of his jailer's blind daughter while in jail, according to CBS, so he wrote her a letter the night before his execution signed, "from your Valentine." Also, the Normans celebrated a holiday called Galatin's day at the time, and Galatin means "lover of women," so that may explain some confusion.

And then there was the whole hitting women thing: In the fifth century, Roman Pope Gelasius I decided to combine the holiday with the feast of Lupercalia, a three-day...celebration, if you will...from Feb. 13 to Feb. 15 in which Roman men spanked naked women with sacrificed goat and dog hides. A historian at the University of Boulder, Colorado, told NPR "young women would actually line up for the men to hit them" because it was said to enhance their fertility. Eventually the misogynistic pagan tradition died down when the "Christians put clothes back on it," according to NPR.

How the holiday evolved into the more innocent love fest it is today: English poets Chaucer and Shakespeare are to thank for distancing the holiday from its dark roots. The two romanticized the holiday in their poetry, according to NPR, and naturally the love spread. The card-giving tradition kicked off in the Middle Ages and Hallmark was invented — and wasted no time before pushing Valentine's Day — in the early 1900s, which led to the antivalentinism and "Hallmark Holiday" protests we know today.