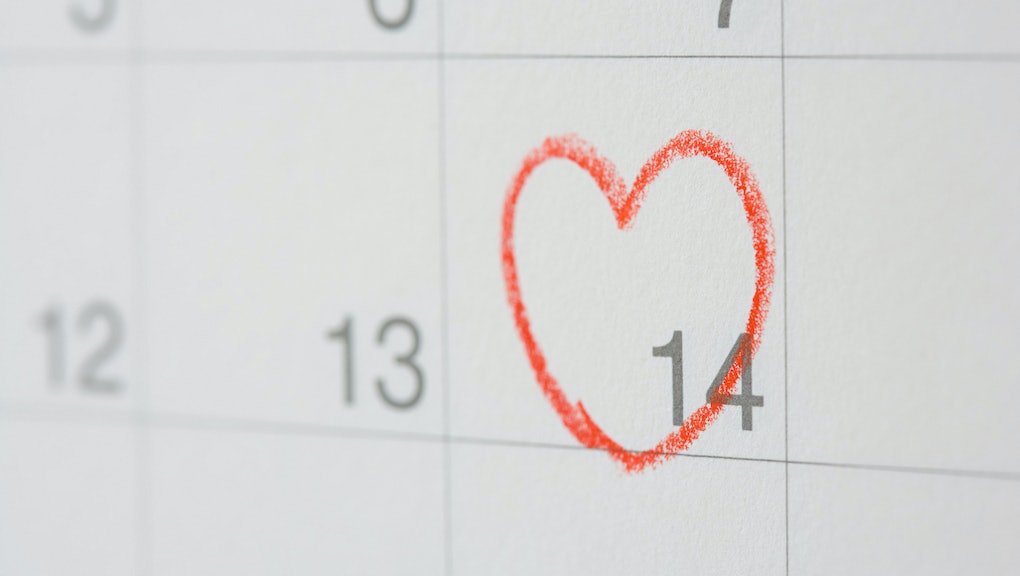 So Does Anyone Actually Celebrate Valentine's Day Anymore?

Let's be honest: Everyone fucking hates Valentine's Day. It's cheesy and expensive, and it puts enormous pressure on both single people and people in relationships. Valentine's Day is such a pain in the ass that it's basically become de rigeur to hate on the holiday, with many media outlets penning article upon article about all the ways to give V-Day the middle finger. Basically, we're over it and it shows.

A 2014 study by American Express confirms that Valentine's Day is on something of a decline. While 38% of people in 2013 agreed with the statement that Valentine's Day was an important day to celebrate with their partner, by 2014 that number had dropped to 32%. Basically, we're over the holiday — and it shows.

In an effort to see who, if anyone, even gives a damn about Valentine's Day, Mic conducted a Google Consumer Survey of more than 500 people between the ages of 18 and 34. Of the 502 responses, this is what we found.

The vast majority of people don't give a crap about Valentine's Day. According to our survey, 73.5% of those polled don't do anything special for Valentine's Day. Although the definition of "special" is obviously somewhat relative, the sample included both single people and people in relationships, indicating that few people are pulling out all the stops to celebrate the holiday.

Of the approximately 26.5% of people who said they did celebrate Valentine's Day, 24.9% did so because they were in a relationship and "liked romance" (and, presumably, boxes of chocolate), while 14.8% said they celebrated simply because they always had.

Additionally, 10.3% of people said they celebrated Valentine's Day because their partners expected them to — not exactly a romantic reason, but probably a good rule of thumb to avoid getting into huge fights come Feb. 15.

Romance is sort of dead. Considering millennials spend an average of $290 on Valentine's Day, according to a recent study on Nerdwallet, there's no denying just how commercialized the "day of love" is. It's also, for lack of a better term, kinda sappy, according to 39.6% of those surveyed by Mic, who said they didn't celebrate Valentine's Day because it was "cheesy and fake."

For the most part, the results of the survey indicate that by and large, Valentine's Day just doesn't seem to be that important to millennials anymore. And while some might interpret that as a sign that love and romance are truly dead, consider the upside: At least there's less pressure to blow hundreds of dollars on an expensive dinner and a movie. Consider staying inside with a friend and just streaming rom-coms on Netflix instead.