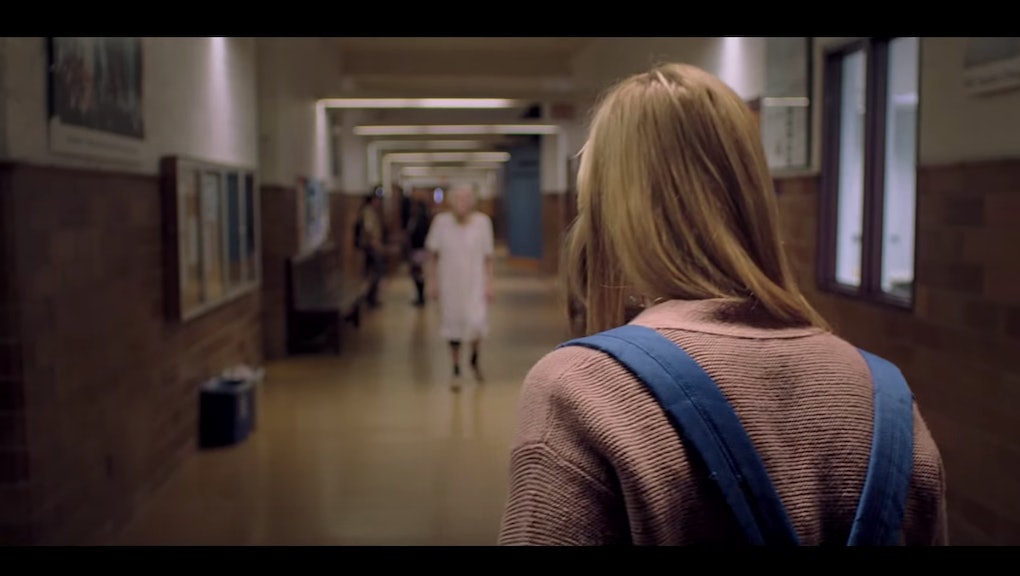 Among the film genres, horror movies have one of the largest discrepancies between the masterful and the absolute terrible. For every Psycho, there are going to be plenty of films with the dreadful quality of Leprechaun: 4: In Space and Vampire Circus.

The eras, too, have held their own, distinctive themes. The '80s was the decade of the slasher films, while the '70s had a slew of zombies and giant, man-eating sharks. The 2000s have been harder to define, but the past 16 years have demonstrated that great horror films are still being made — some of which should become iconic, cult hits in their own time. Here's 10 of the best since 2000.

The Ring: The rest of the world has borrowed and imitated horror movie tropes from Japan for some time, but the catalyst for this initial change was The Ring. A remake of the Japanese film Ringu, The Ring produced a terrifying urban legend premise: if you watch a mysterious and disturbing video tape, you will die in seven days.

The distinctly dreary Pacific Northwest backdrop complements a rather grim mystery behind the tape, the girl within it and the mysterious well that she comes out of. Though similar Japanese remakes have since come out — most notably The Grudge — The Ring is the original, and it remains delightfully creepy.

The Cabin in the Woods: When a movie intends to self-parody, it can run the risk of executing poorly and insulting its fan base. Yet, The Cabin in the Woods, in the vein of Scream, makes fun of horror movie tropes with elements of genuine horror and gore thrown in for good measure. The result is the perfect blend.

The snarky quirks in the film is thanks in large part to the writing of Joss Whedon, whose familiarity with the genre allowed him to establish several, hilarious horror cliches, such as the creepy gas station attendant, teens making the worst mistakes possible to try and stay alive, and ridiculous, over-the-top plot twists.

28 Days Later: For the sheer amount of zombie films out there, it shouldn't come as a surprise that one made the list. However, it's not just the pulse-pounding action of 28 Days Later that captivates viewers. Like most well-produced zombie movies, it's about using the zombie outbreak as a backdrop for greater stories of society and the political ramifications of what happens when the world collapses into chaos. In the case of 28 Days Later, it's about how those with power, such as the military, behave with consequence.

Furthermore, 28 Days Later doesn't categorically fall into the typical zombie flick. For starters, the "zombies" are the result of a lab-produced virus, whereas some films do not establish the basis for an outbreak. The zombies are also terrifyingly fast and rampant; seeing them chase Jim (Cillian Murphy) through the streets of London at the start of the film is downright terrifying.

Drag Me to Hell: Fresh off the Spider-Man trilogy, director Sam Raimi returned to his horror movie roots in 2009 with Drag Me to Hell. While it doesn't hold the same, wacky campiness that gradually increased during his Evil Dead series, Drag Me to Hell takes a lot of the concepts from those films that worked so well — namely the loud sound effects, intense jump scares and gratuitous amounts of blood.

The Descent: A horror film around spelunking is incredibly niche, but claustrophobia is a more recognized and common place fear. As such, The Descent works well within its chosen group. A cadre of adventurous female friends get trapped within the caves, and soon find out that they're not alone in the crevasses.

Viewers will be pulled in the by the chemistry between the female leads but stay for the horrifying end game: the predators that hunt them down.

The Strangers: A secluded home is the perfect horror movie backdrop, if not a particularly novel one. While The Strangers doesn't boast originality in its concept, the execution is extremely unsettling. The assailants themselves don creepy masks, and are certainly threatening, but the scariest element of The Strangers are the powerful scenes of minimal sound, when the inevitable attacks begin to happen.

It's "based on a true story," but the real truth in the horror is how natural the home invasion feels. Without these unnecessary, inflated sounds — and without an overwhelming score — it feels more realistic. That's real horror.

The Others: Anybody who has already seen The Others knows it has one of the most creative horror movie plot twists in recent memory. Even with further viewings, The Others remains a fun watch. In this period piece — set shortly after World War II — Nicole Kidman stars as the mother of two children who believe their house is haunted by ghosts.

Certainly, something unnatural is occurring in the house, but the horrific discovery is one that's executed so well, it seems rather obvious in retrospect.

Let the Right One In: While vampire films presently receive a bad rap — the Twilight series certainly didn't help — Let the Right One In is a welcome change of pace from the vampire genre. The film focuses on two young kids, a boy and a girl, who develop a strong, gradually romantic relationship.

The twist: the little girl is a vampire — a figure typically drawn in as elegant or gruesome here played with the innocence of youth. The depiction turns the very vampire ideal on its head. While this film is Swedish, Let Me In serves as an American remake. The original is the better of the two, but both are worth your time.

The Babadook: The best horror films have an underlying theme, and the most effective ones with resonate will viewers for a long time. The Babadook looks through the lens of losing someone — in this case, a family loses its husband — and the repercussions of not being able to let that person go in your life.

That idea is manifested in the Babadook, a monster that slowly builds its terrifying influence in the house, and with the mother (Essie Davis). The creepy refrain from the book sticks in the mind: "If it's in a word, or it's in a look, you can't get rid of the Babadook."

It Follows: While it's less than two years old, It Follows has a very secure spot as a cherished masterpiece for horror film critics and fans alike, with its creativity and sexual undertones. Everything about the film's themes works in the now, while also complementing a shade of old school tropes: the suspenseful score, the Michigan setting and the use of space to create tension.

At its most basic, the idea of something following you — always following you, getting closer with every step — is a scary concept (even a commonplace fear). However, much like the majority of the films on this list, what makes It Follows special is using horror to convey a greater, resonant message. The scares are great, but with thematic depth, it becomes so much more than adrenaline boosting thrills.