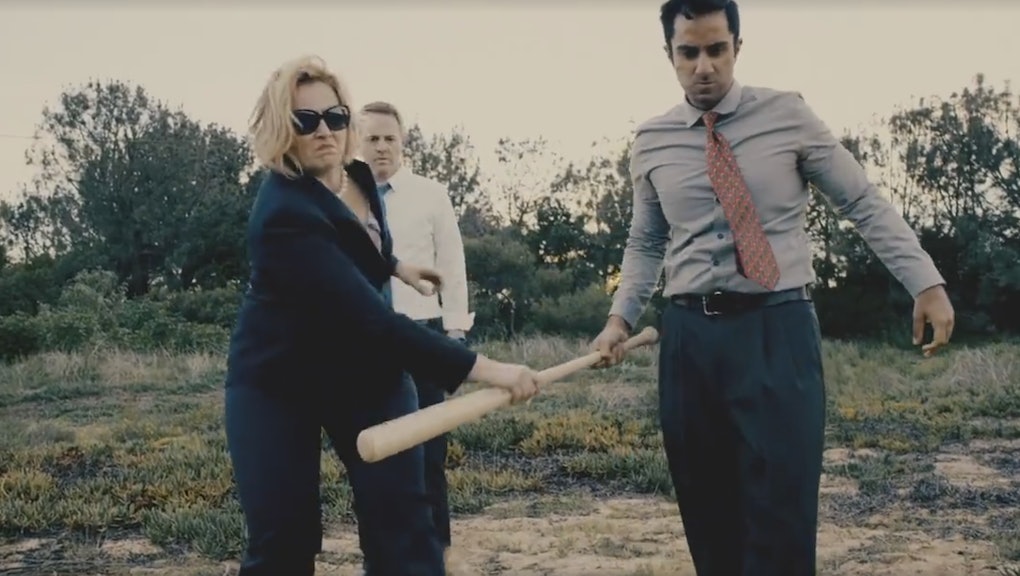 Prepare to cringe, Office Space fans — Republican presidential candidate and Texas Sen. Ted Cruz has likely ruined one of your favorite moments in film history in an ad that replaces David Herman's Michael Bolton character with none other than Hillary Clinton.

The ad is a shot-for-shot parody of a famous scene from workplace-themed comedy Office Space, except with the much-loathed printer from the movie replaced with the personal email server Clinton used during her tenure at the State Department.

Instead of getting rid of a malfunctioning office appliance, the ad suggests, Clinton is destroying evidence in the ongoing FBI probe into whether her use of the server violated federal law.

"Damn it feels good to be a Clinton," the lyrics over the video go. "a shameless politician always plays her card right. Got a crew for the fight on the airwaves, left dogs in the press keep their mouths tonight. 'Cause a Clinton never needs to explain what why it is what they done or with who. A Clinton knows they're entitled, and you don't get to know what they do."

"They don't seem to be damaging the hard drive at all," wrote one commenter on Facebook. "Ted Cruz doesn't seem to understand technology."

"This makes me like Clinton more," another joked. "Is this a Clinton ad?"

While the ad itself boasts an awareness of pop culture often lacking in political campaigns, the critique of Clinton isn't quite as savvy as the Cruz camp would like voters to think: None of the emails Clinton allegedly received via the private server were marked as classified when they were sent, meaning the former secretary of state likely will never be brought up on charges.

Cruz is poised for a nasty debate with current frontrunner Donald Trump on Saturday night. After Cruz's win in Iowa and Trump's in New Hampshire, both candidates have upped the intensity of their rhetoric, with Trump threatening to drown Cruz's campaign in lawsuits and even calling the Texas senator a "pussy" at a rally in the latter state. According to an average of polls kept by Real Clear Politics, Trump holds a 17-point lead over Cruz 35.7% to 18.7%.