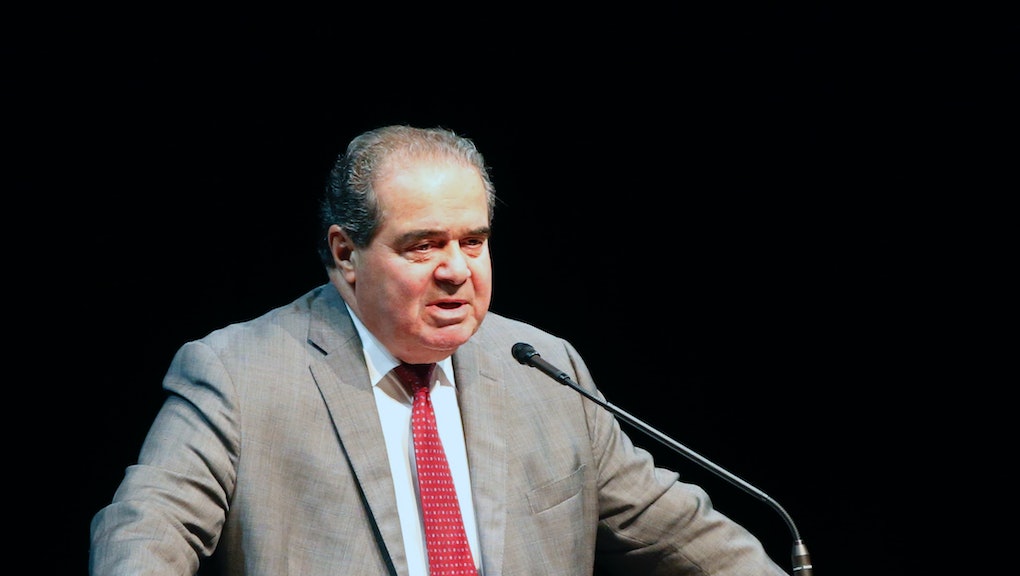 Supreme Court Justice Antonin Scalia, who had served on the nation's highest court since 1986, died on Saturday at the age of 79.

The justice reportedly passed away due to natural causes at the Cibolo Creek Ranch, a luxury resort in West Texas, federal authorities told the San Antonio Express-News. According to the paper, Scalia attended a function on Friday and was found after failing to appear for breakfast the next morning.

Scalia was a three-decade fixture of the court's conservative wing, known for his staunchly originalist views on constitutional law as well as the colorful and sometimes blistering opinions he gave from the bench. With his death, the court will have only eight sitting justices and its conservative wing will lose its edge.

Texas Gov. Greg Abbott released a statement calling Scalia "a man of God, a patriot, and an unwavering defender of the written Constitution and the Rule of Law. He was the solid rock who turned away so many attempts to depart from and distort the Constitution."

"I was told it was this morning," U.S. District Judge Fred Biery told the San Francisco Chronicle. "It happened on a ranch out near Marfa. As far as the details, I think it's pretty vague right now as to how," he said. "My reaction is it's very unfortunate. It's unfortunate with any death, and politically in the presidential cycle we're in, my educated guess is nothing will happen before the next president is elected."

According to Politico's Shane Goldmacher, deaths in office are rare for Supreme Court justices. The last such death, Chief Justice William Rehnquist's, occurred in 2005.

While the power to nominate a replacement for Scalia falls to President Barack Obama, likely Republican congressional opposition to the nominee's confirmation may end up making the process somewhat more complicated.

Presidential candidate and Republican Sen. Ted Cruz offered a preview of what will likely be months of political battles over Scalia's office, tweeting the public owed it to him to "ensure that the next president names his replacement."

So, too, did Conn Carroll, a staffer for Republican Sen. Mike Lee of Utah.

Finally, Nevada Sen. Harry Reid, a Democrat, responded by saying the Senate has a responsibility to confirm Obama's replacement for Scalia "as soon as possible."

The court will continue to hear cases without a ninth justice. In two weeks, it will hear a case on abortion law. Scalia was a strict social conservative.

This is a breaking news story and will be updated as more details become available.