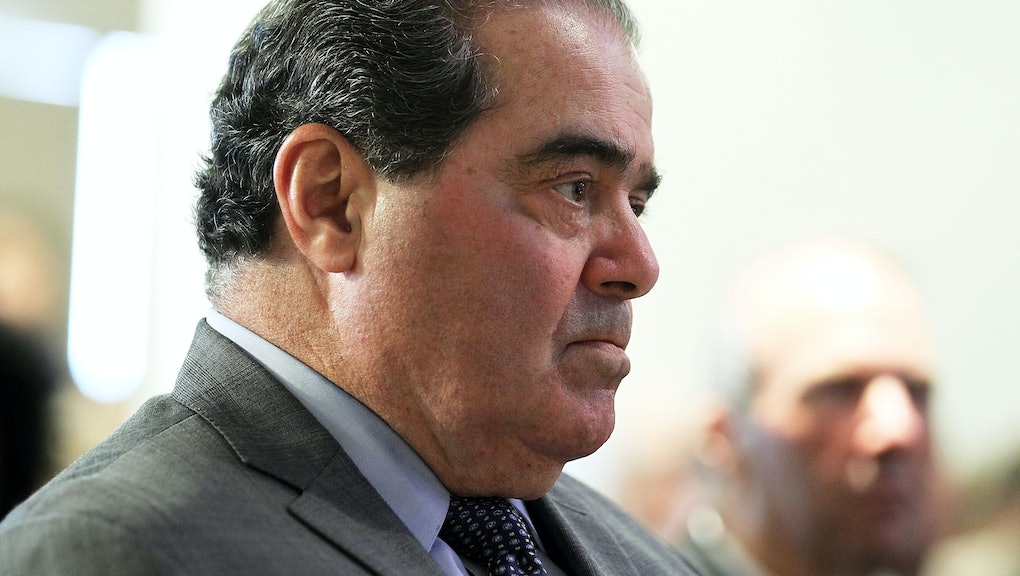 The death of Supreme Court Justice Antonin Scalia delivered a jolt to the American judiciary on Saturday, potentially paving the way for a wholesale ideological shift on the nation's highest court.

Given the high stakes that come with Scalia's replacement — and the likelihood that any successor would serve for decades to come —  there's already an emerging assumption that President Barack Obama is unlikely to have an appointee confirmed before his term ends 11 months from now.

Minutes after Scalia's death was confirmed Saturday afternoon, Conn Carroll, the communications director for Sen. Mike Lee (R-Utah), a member of the Judiciary Committee, tweeted that there was "zero" chance the Republican-controlled Senate would move forward with any Obama appointee:

Sen. Ted Cruz of Texas, a Republican presidential hopeful who sits on the Judiciary Committee, was also quick to declare that the next president should have the opportunity to appoint Scalia's successor:

Still, given Obama's increasingly pronounced preference for a confrontational posture toward the Republican opposition, it's not inconceivable that the president will make a hard push for a successor's confirmation, mindful that Republican stonewalling in the Senate could motivate Democrats to turn out in the November election.

Well before Scalia's death, Democrats have made the Court's future a 2016 rallying cry. In a recent Boston Globe op-ed, presidential candidate Hillary Clinton wrote that the election represented a "make-or-break moment" for the court's direction, singling out GOP candidate Marco Rubio for criticism over his vow to appoint "more Scalias" to the bench. Such justices, Clinton warned, would "rule against marriage equality and roll back a woman's right to choose."

But if Scalia's sudden passing bolsters Clinton's argument about the stakes of the election, it's also likely to boost Republican turnout, with conservative voters determined not to let a President Hillary Clinton or Bernie Sanders replace a rock-ribbed conservative with a liberal justice.

Michael McConnell, a law professor at Stanford University and a former federal appeals judge, lamented the rapid focus on the political implications of Scalia's death.

"This is a sad day for the country, for Justice Scalia's family, and for his many friends and colleagues," McConnell told Mic. "Let's not get into the politics of it quite so immediately."

But with one fewer conservative vote in upcoming rulings on hot-button issues like voting rights, labor unions, affirmative action and the Affordable Care Act's contraceptive mandate, it was inevitable that both liberals and conservatives would quickly turn to the question of what comes next.

The answer to that question almost certainly hinges on the outcome of the election, in which the court is now slated to play an even larger-than-expected role.