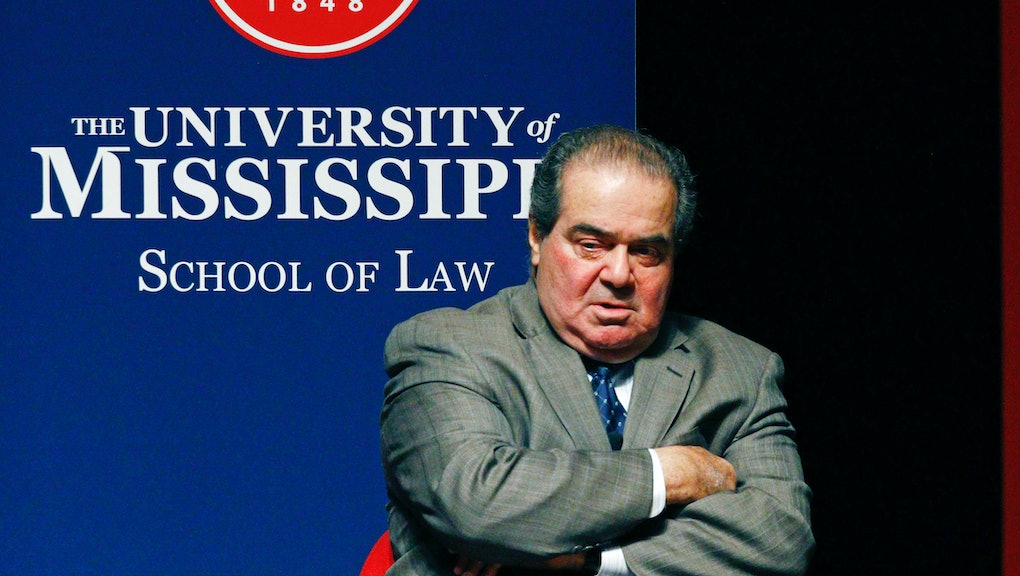 His death has prompted a wave of strong reactions from both the liberal and conservative camps. News of Scalia's death incidentally came hours before the scheduled Republican primary debates in South Carolina. Some have argued this development raises the stakes for the upcoming general elections given the lasting implications of a president's choice in Supreme Court justice when a seat becomes available.

However, neutrality was scant on social media with seemingly most users expressing a range of passionate responses, including hailing Scalia as "one of the greatest Supreme Court Justices in history" by former Vice President Dick Cheney's daughter, Liz.

Then there was the antithetical extreme. An endless slew of tweets from people celebrating Scalia's death quickly emerged, arguing that given his staunch conservatism — especially his vocal disapproval of same-sex marriage —  the country will be better off without Scalia on the bench.

And at least one critic of Scalia's role in the Citizens United case chimed in:

For Scalia's vehement opponents, they will likely be relieved at the prospect of President Barack Obama nominating a new justice to take his place on the court. And with Justice Ruth Bader Ginsberg at 82 years old, the next president may be faced with the same task — a task which, as Scalia proved, could have ramifications for decades to come.