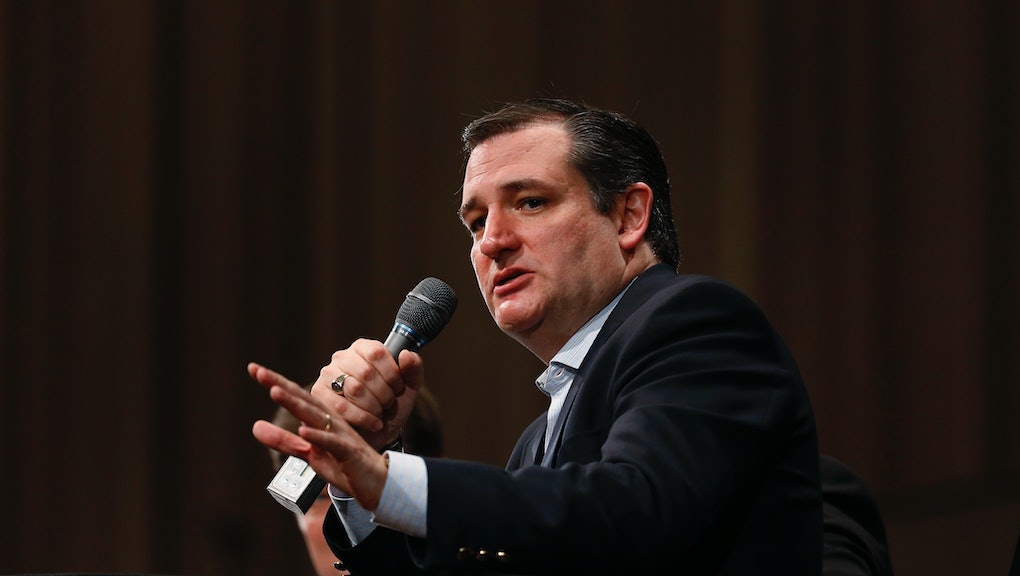 Just minutes after news of the death of Supreme Court Justice Antonin Scalia emerged on Saturday afternoon, presidential hopeful Sen. Ted Cruz (R-Texas) weighed in with a statement of mourning — and then a tweet that was overtly politicized.

While the death of a Supreme Court justice is always inherently political — their disappearance shifts the ideological balance of the bench — the speed with which the Republican senator decided to make the death a political battleground was striking.

Cruz's tweet is a battle cry. He's immediately trying to push the idea that it's for the next president, whom he hopes will be a Republican, to successfully replace Scalia's seat. The subtext is that Republicans will do everything in their power to obstruct a nomination from President Barack Obama during the remainder of his time in office to increase the odds that the future justice is a conservative.

That sentiment isn't Cruz's alone. Florida Sen. Marco Rubio issued a statement that said, "The next president must nominate a justice who will continue Justice Scalia's unwavering belief in the founding principles that we hold dear." Also, a spokesman for Sen. Mike Lee (R-Utah) of the Judiciary Committee also decided to draw a very bold line in the sand regarding any upcoming justice nominations from Obama:

The world learned of the loss of Scalia just moments ago, but already many are positioning themselves to gain what they can from it.