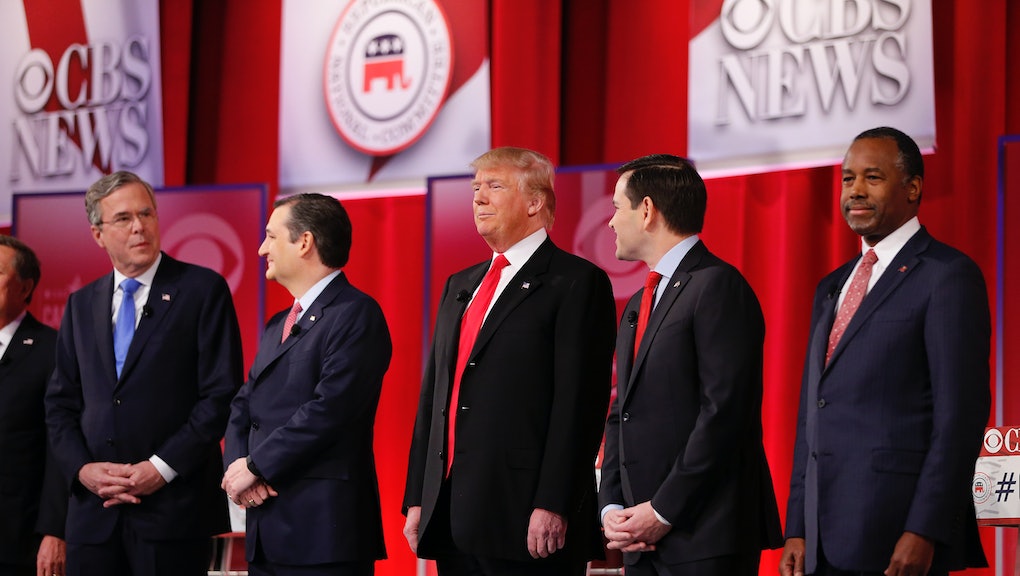 Does reality, as Stephen Colbert once quipped, have a well-known liberal bias?

Some members of the audience at Saturday night's Republican debate in Greenville, South Carolina, appeared to think so.

In light of Justice Antonin Scalia's death overnight, moderator John Dickerson of CBS News asked Sen. Ted Cruz of Texas, who opposes allowing President Barack Obama to appoint Scalia's successor, at what point it was no longer appropriate for a sitting president to exercise his appointment authority.

"Well, we have 80 years of precedent of not confirming Supreme Court justices in an election year," Cruz began.

Dickerson interjected: "I'm sorry to interrupt, were any appointed in the election year or — ?"

"Eighty years of not confirming," Cruz responded. "For example, LBJ nominated Abe Fortas [in 1968]. Fortas did not get confirmed. he was defeated."

But, Dickerson noted, Justice Anthony Kennedy, a Reagan appointee, "was confirmed in '88," an election year.

Cruz fired back that Kennedy was confirmed in 1987, but as Dickerson noted, the jurist was appointed that year, but not confirmed until 1988.

"Sorry, I want to get the facts straight for the audience," Dickerson said, allowing Cruz to continue. "I apologize."

At that point, the audience erupted in boos.