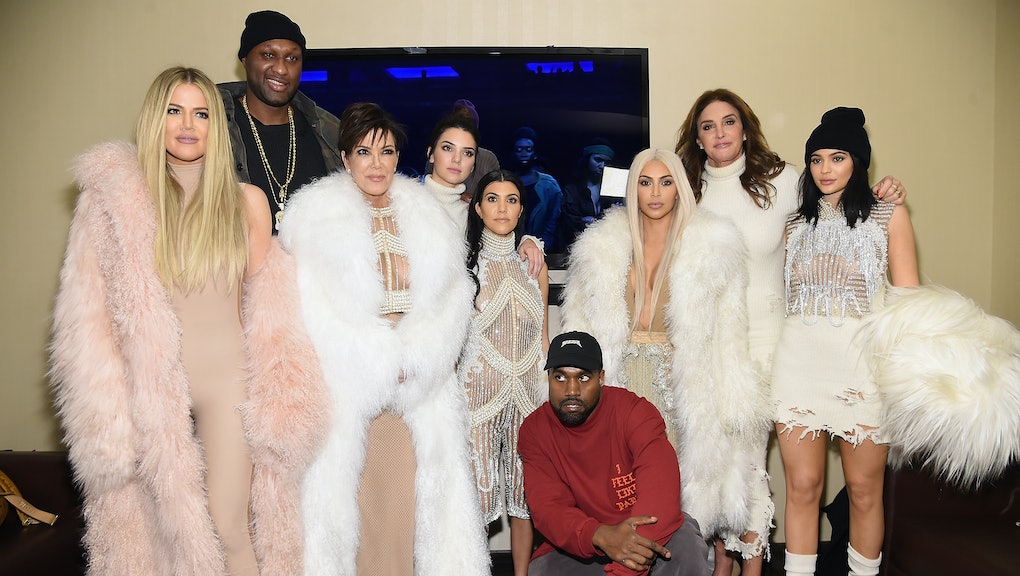 Kanye West "Highlights" Lyrics: Meaning of New Song Off 'The Life Of Pablo'

Kanye West finally dropped his latest album on Valentine's Day weekend, unleashing 18 new tracks streaming exclusively on Tidal. The album, officially titled The Life Of Pablo after a confusing and lengthy naming process, is also available for download on Yeezy's site, and features a number of new hits including "Highlights."

The song's lyrics focus on the newfound fame and fortune in West's life after marrying Kim Kardashian West. Nothing about their lives is off the table, from Kardashian West's former love interests, to her brother's recent battles with weight gain.

West raps about the incident which inevitably pivoted Kardashian West into fame in the first verse of "Highlights:"

"I bet me and Ray J would be friends if we ain't love the same bitch/ Yeah, he might have hit it first only problem is I'm rich /Uh, 21 Grammys superstar family, we the new Jacksons and momma 'bout that action /Life is a marathon, I'ma shift the paradigm, I'ma turn a baby down."

West even foreshadows his son Saint becoming quite the athlete, and his fatherly instincts being just as Yeezy as anyone can imagine:

West also hinted at Rob Kardashian's rumored relationship with the mother of Tyga's child, Blac Chyna. The rapper also quite savagely referenced Rob's weight gain, which has been a topic of media scrutiny and gossip tabloids for years on end.

"Blac Chyna fuckin' Rob, help him with the weight /I wish my trainer would, tell me what I overate /So when I'm on vacay, I need to kick back /You want a boss or an R&B nigga with a six pack?"

Sounds as though things are going just swimmingly behind closed doors for the rapper, who's reality-star wife recently gave birth to their second child. These are just some of the highlights in the life of Yeezy.