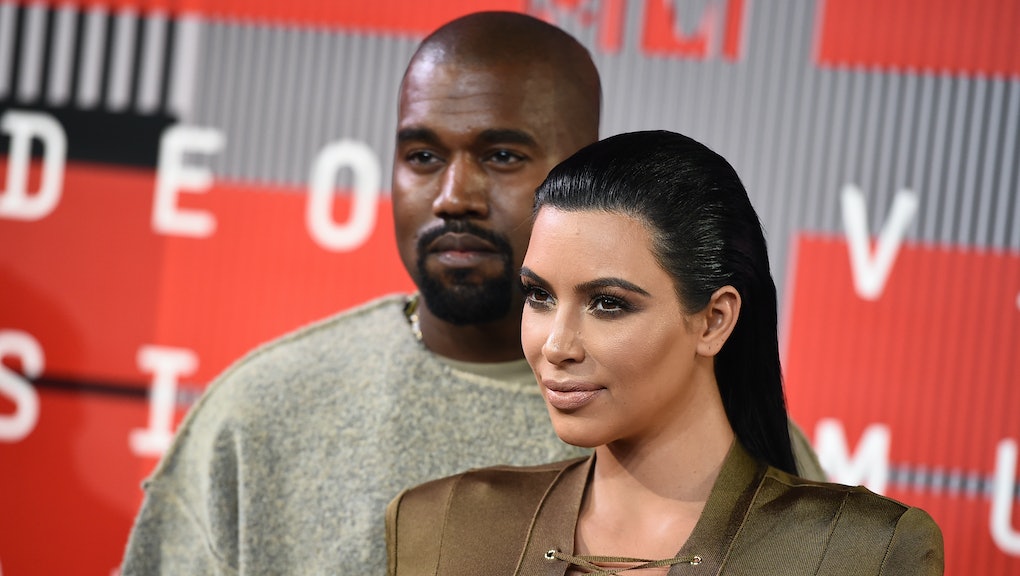 Kanye West pairs up with the Weeknd for "FML," one of his most honest tracks on The Life Of Pablo, the quintessential history of Kanye West's recent life and ventures in a one-hour album. "FML" stands for Fuck My Life, and also For My Lady, as West raps in the first verse on this track, a song which focuses on staying loyal to his wife Kim Kardashian West.

West leaves everything on the line, revealing his struggle to end his party lifestyle after settling down with his wife and having their first child, North West. He recounts emotional moments he's shared with Kardashian West – including one in a Giuseppe store where the two apparently were involved in a verbal altercation – but ends the song saying he's determined to stay devoted to his relationship.

West is immediately forward with listeners, admitting how long it's taken him to win the love of Kardashian West, and how he refuses to lose that to any other woman.

"I been waiting for a minute /For my, lady /So I can't jeopardize that for one of these hoes /I been living without limits /As far as my business /I'm the only one that's in control /I been feeling all I've given /For my, children /I will die for those I love."

He continues to pray to God to stay loyal to his wife and even suggests that Kardashian West and he haven't established a prenup in their marriage. The rapper alludes he'd lose half of his life's earnings if he were to cave into temptations and sleep with other women, as his wife would surely walk out on him:

"God, I'm willing /To make this my mission /Give up the women /Before I lose half of what I own /I been thinking about my vision /Pour out my feelings /Revealing the layers to my soul, my soul."

The Weeknd echoes West's sentiment, but adds a defensive line to his hook on "FML," saying that only he is allowed to lambast his own name. Both artists are ultimately suggesting it's their lives to live, and their mistakes to be made:

However, West is forever devoted to his reality-star wife and proves this by embodying the wisdom of the all-knowing Snapchat superstar DJ Khaled. Khaled, known recently for his viral Snapchat stories and the "They don't want you to win" memes, is channeled in "FML" when West ends the song with: