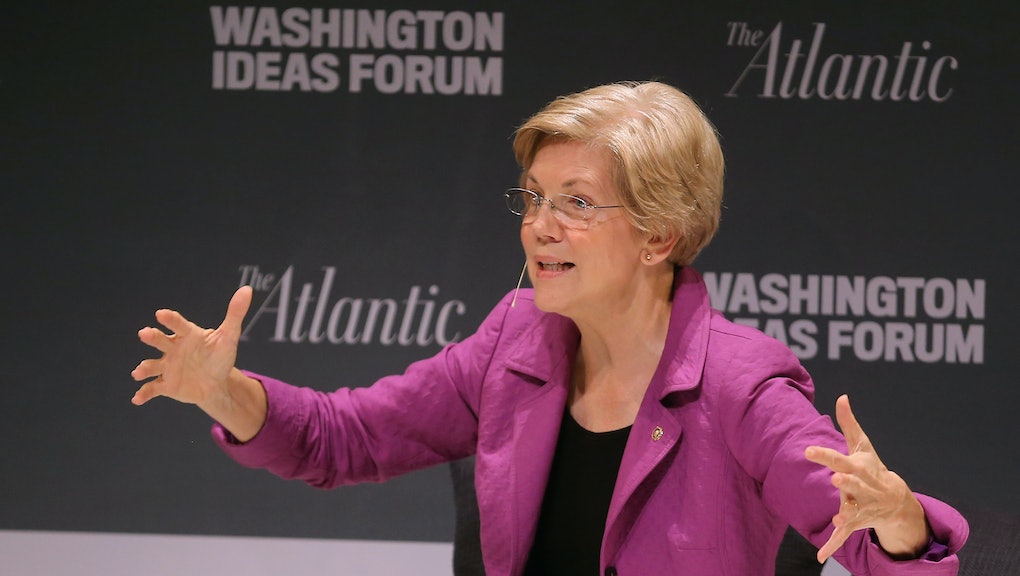 Senate Majority Leader Mitch McConnell (R-Ky.), who controls the half of the legislature responsible for confirming Obama's eventual appointee, has already committed to blocking whoever the president picks.

"The American people should have a voice in the selection of their next Supreme Court Justice," McConnell said in a statement. "Therefore, this vacancy should not be filled until we have a new President."

In response, Sen. Elizabeth Warren (D-Mass.) made a point — U.S. citizens already gave their constitutionally guaranteed input on who the next Supreme Court justice would be when they elected Obama by a 5 million vote margin.

"Senator McConnell is right that the American people should have a voice in the selection of the next Supreme Court justice," Warren wrote on Facebook. "In fact, they did — when President Obama won the 2012 election by five million votes."

"Article II Section 2 of the Constitution says the President of the United States nominates justices to the Supreme Court, with the advice and consent of the Senate," she continued. "I can't find a clause that says '...except when there's a year left in the term of a Democratic President.'"

"Senate Republicans took an oath just like Senate Democrats did. Abandoning the duties they swore to uphold would threaten both the Constitution and our democracy itself. It would also prove that all the Republican talk about loving the Constitution is just that — empty talk."

While the remaining 340-odd days of Obama's presidency would not be the longest Supreme Court vacancy in history — that dubious honor goes to President John Tyler, who oversaw a 27-month vacancy — if Obama sticks by a single candidate, Republicans could be creating the longest nomination fight in U.S. history.

Such a fight would stretch Republican obstruction of Obama's administration to one of its most extreme points yet. It's also increasingly likely to happen, given the court seat's importance in the upcoming federal elections, wrote Mic's Luke Brinker.

"Well before Scalia's death, Democrats have made the Court's future a 2016 rallying cry," Brinker wrote. "In a recent Boston Globe op-ed, presidential candidate Hillary Clinton wrote that the election represented a 'make-or-break moment' for the court's direction, singling out GOP candidate Marco Rubio for criticism over his vow to appoint 'more Scalias' to the bench. Such justices, Clinton warned, would 'rule against marriage equality and roll back a woman's right to choose.'"