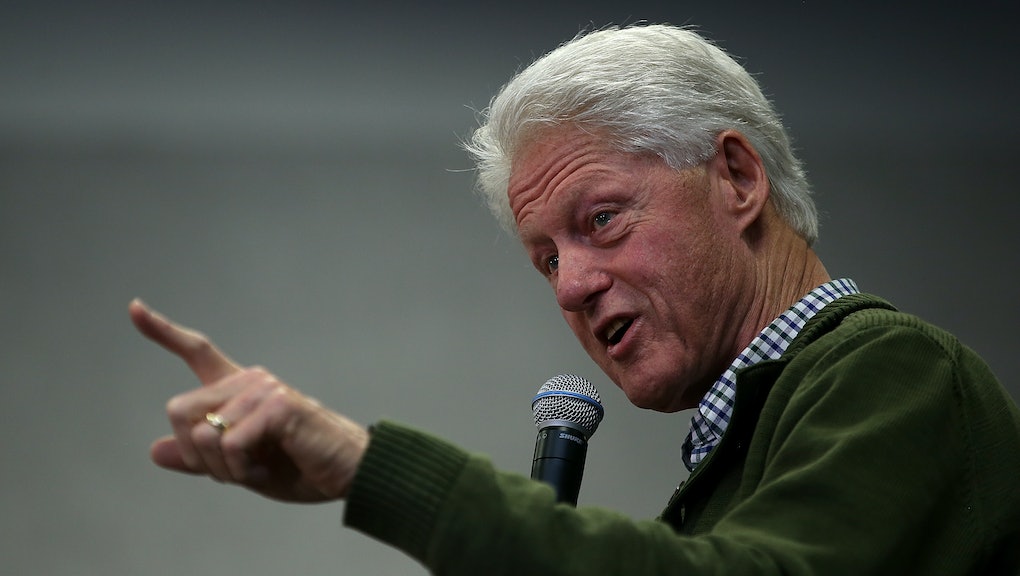 Bill Clinton Tells Memphis Crowd "We Are All Mixed-Race People"

According to the New York Post, a paper with a well-known conservative bent, while campaigning for former Secretary of State Hillary Clinton on Thursday, her husband — former President Bill Clinton — seemingly downplayed the importance of President Barack Obama's race.

"The other thing I want to make a funny comment about is Steve Cohen's remark that I was just a stand-in for the first black president," Clinton remarked. "I'm happy to do that, but you know what else we learned from the human genome? We learned that unless your ancestors, every one of you, are 100%, 100% from sub-Saharan Africa, we are all mixed-race people."

Clinton's point may have been well-intentioned and a little self-effacing, but he certainly seems to be mixing up the scientific reality of genetics with the modern social construction of race, a much more recent phenomenon. To put it another way, whether or not certain people are treated to a different standard according to their perceived race remains an extremely important part of society, regardless of whether all humans have much more in common genetically than they have differences.

"Race has never been much about skin color, or physical features, so much as the need to name someone before doing something to them," argued the Atlantic's Ta-Nehisi Coates in a 2015 essay on Clinton's unofficial label. "Race is not a sober-minded description of peoples. It is casus belli."

Complex called the remark "not-so-smart." Clinton should also have known better, seeing as actress Meryl Streep recently came under fire on social media for telling an audience at the Berlin Film Festival, "We're all Africans, really."

However, the former president's night was not as full of gaffes as reported. Another comment Clinton made at the gathering about politics being "rigged because you don't have a president who is a change maker," widely interpreted as a dig at President Barack Obama, was actually followed by a compliment on how well Obama has done despite congressional opposition preventing him from actually being that change maker.