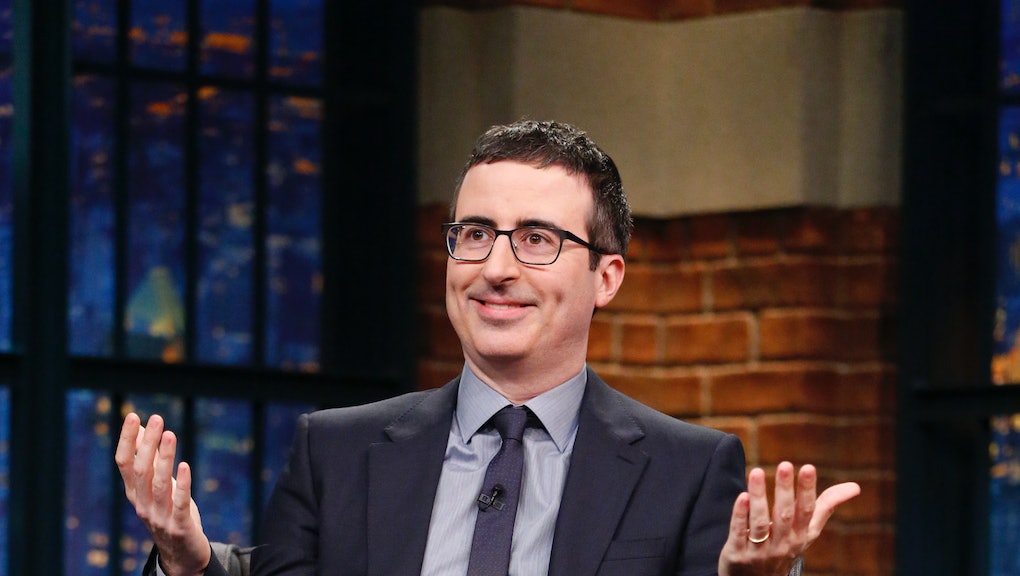 After a brief hiatus, John Oliver returned to Last Week Tonight on Sunday night with a bang, slamming Republicans for their hypocrisy over filling the newly vacant Supreme Court seat in the wake of Justice Antonin Scalia's death on Saturday.

The GOP has vowed to stall on any of President Barack Obama's nominees, arguing America should wait for the next president. Doing so provides at least a chance that a Republican will be in office by then.

"The American people? should have a voice in the selection of their next Supreme Court Justice," Republican Senate Majority Leader Mitch McConnell said in a statement on Saturday, immediately after news of Scalia's death broke. "Therefore, this vacancy should not be filled until we have a new President."

There is an informal tradition floating around the Senate, entitled the "Thurmond Rule," which encourages Senators to block any judge appointments by a president in the run-up to an election year — though this is by no means codified.

In short, it looks as though the GOP is gearing up to pull a Thurmond.

However, unfortunately for McConnell, Oliver and his team dug up a little speech the Senator gave when the Democrats where attempting to do the same thing for lower court appointments under then-President George W. Bush:

"Our democratic colleagues continually talk about the so-called 'Thurmond Rule,' under which the Senate supposedly stops confirming judges in a presidential election year," McConnell announced. "This seeming obsession with this rule that doesn't exist is just an excuse for our colleagues to run out the clock on qualified nominees who are waiting to fill badly needed vacancies."

Oliver suggests the senate majority leader would be wise to tread carefully, given his impassioned speech against the very same practice he appears to be endorsing now.

As the show host artfully describes it, this supposed rule looks like nothing more than "bullshit."

As McConnell argued, "the American people? should have a voice" — but that's exactly what they got when they elected President Obama.