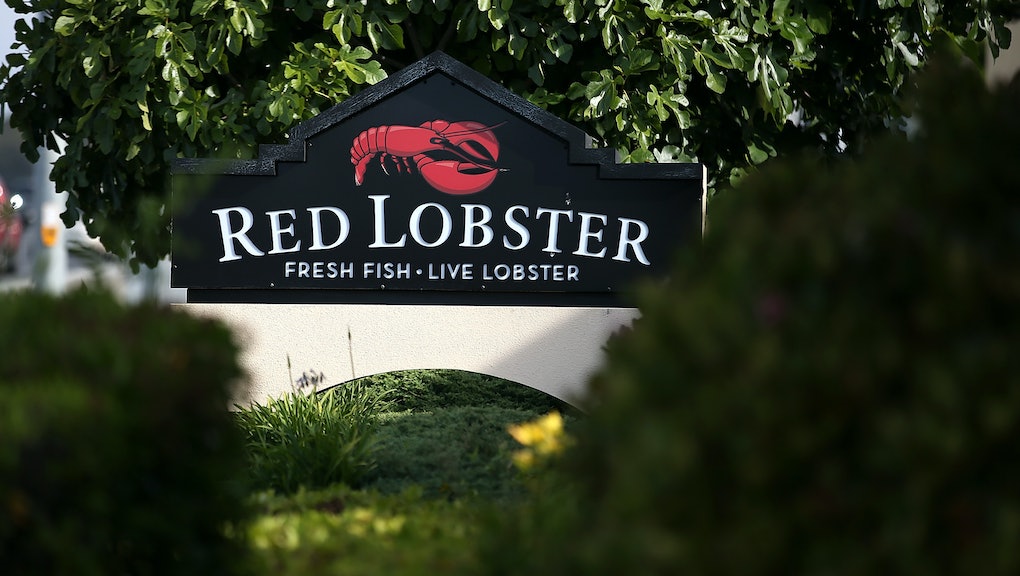 When will Red Lobster learn that #AllLobsterColorsMatter?

The answer, if you're one of the many white people currently trolling the restaurant's Facebook page, is "never" — all thanks to Beyoncé.

According to Bey's new, politically-charged song, "Formation" — which produced equal parts celebration and outrage — she likes to take Jay Z out to Red Lobster after he does a good job at the sex.

And, as expertly portrayed on the most recent episode of Saturday Night Live, some white people are pissed.

But their fury has little to do with Red Lobster or the post-coital munchies. What they take issue with is the parts of the song, which Beyoncé dropped on YouTube unannounced on Feb. 6, that led to "Formation" being hailed as a Black Power anthem. The song's music video explicitly addresses America's epidemic of racially-motivated police brutality.

So what does any of this have to do with Red Lobster?

Because — following the rationale that would lead some white people to get pissed about this song — the fact that Beyoncé refers to the restaurant chain in her lyrics must mean that said chain hates white people and law enforcement.

Red Lobster's Facebook page received an influx of indignation over the weekend, with a number of people announcing their boycott of the restaurant, and encouraging others to do the same. The chain's affiliation with Beyoncé, the angry customers argue, makes Red Lobster bigoted.

But, as is the case with any social media furor, there are dissenters. A seemingly equal number of people became outraged by the outrage, and responded to them via Red Lobster's Facebook page too.

The recent spat between the restaurant chain and its dissatisfied customers, if nothing else, is evidence of the swelling social justice discourse in the United States, which inherently includes racism at its core. Beyoncé's new song has certainly stoked the fire, but it's a conversation long overdue.

So, in light of Valentine season, let's take a leaf out of Phoebe's book and make love lobsters, not war.