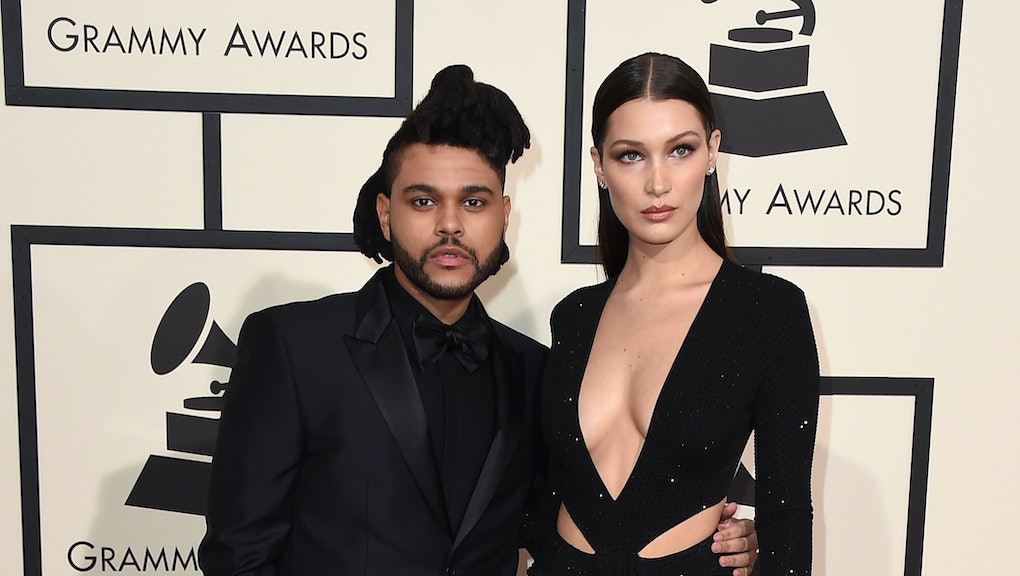 The Weeknd performed during Monday night's 58th Grammys awards in California, taking over the stage with a two-song performance with music off Beauty Behind The Madness. The 25-year-old R&B artist, who's had an explosive year performing across the United States and releasing his latest critically successful studio album, seemed shaky starting out with his first song "Can't Feel My Face," though his stellar vocals shone through.

The artist transitioned from his first song to "In The Night" with an on-stage piano accompanying the performance. He donned a full suit, black bow tie and looked extra dapper for his performance Monday night.

The Weeknd wasn't the only artist who took the stage for music's biggest night of the year. Kendrick Lamar also took the stage, as well as Alabama Shakes, Miguel and Rihanna, who's latest album Anti quickly skyrocketed to platinum, shattering records along the way.

His performance marked a new level in the Weeknd's career, joining music's most notable figures on the coveted Grammys stage. The musician also raked in the awards at the 58th Grammys, winning best R&B performance for "Earned It," one of the singer's biggest singles which was ultimately used in the Fifty Shades Of Grey soundtrack and best urban contemporary album for Beauty Behind the Madness, beating R&B mainstays like Jeremih and Hiatus Kaiyote, marking his first Grammys wins in his career.