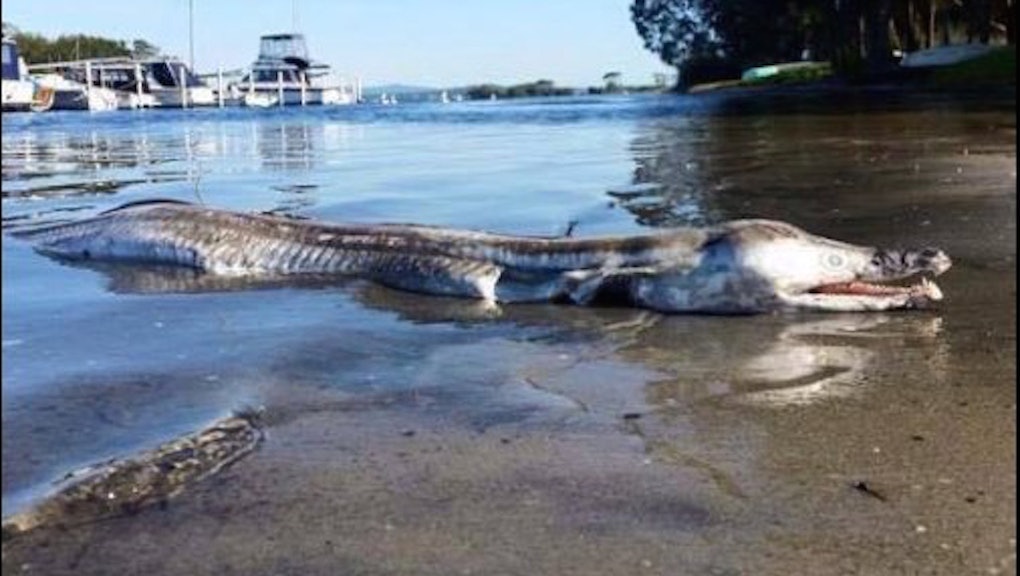 Tippa reposted a photo taken by a fisherman in New South Wales, Australia, who stumbled upon the mysterious creature of the deep, the Newcastle Herald reported. Naturally, it didn't take long for the image to go viral.

Looking part crocodile, part giant eel, part Godzilla — measuring at more than 4 1/2 feet — many were unable to identify it, and the photographer, Robert Tyndall, was swiftly accused by some of Photoshopping it.

But marine biologist Julian Pepperell assures the world it is, in fact, a known species: the nocturnal pike eel. According to the specialist, the Herald reported, pike eels have a reputation of scaring the shit out of night fishermen (though with a lovable face like that, one can't imagine why?).

"There are certainly people who are bitten by them in boats," Pepperell told the Herald. "They have incredibly strong muscle[s] and their teeth are geared towards inflicting slashing wounds."

Posting the photo appears to have been good for Tippa's social life, turning him into a minor celebrity. His Facebook Timeline went from this, pre-pike eel post:

To this, post-pike eel monster:

It just goes to show, the old aphorism is true: "When you're lonely, go out and find yourself a sea monster."