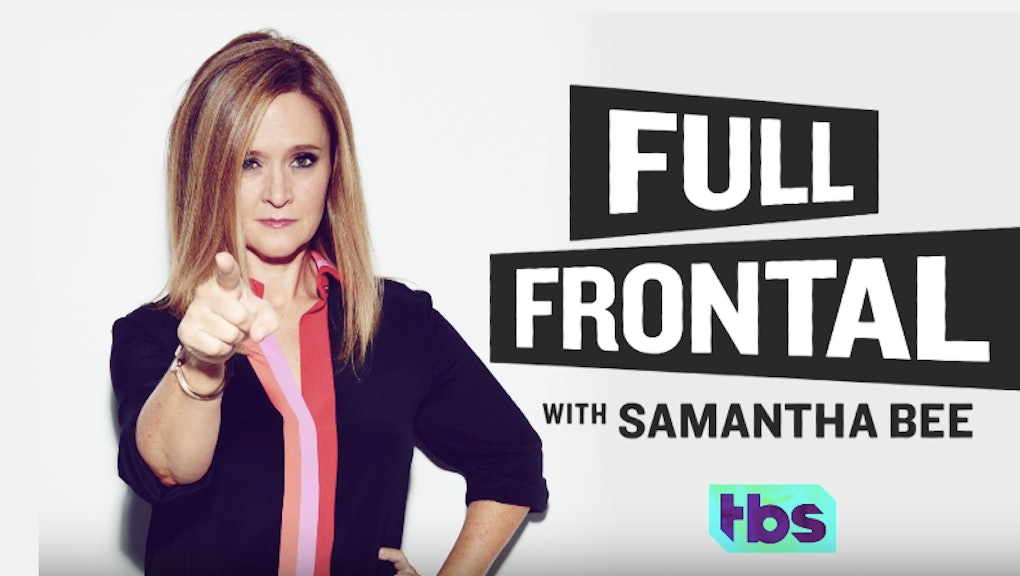 The reactions to Supreme Court Justice Antonin Scalia's death on Saturday ran the gamut from mourning to less than sympathetic. But perhaps the most common reaction of all was one of confusion — over pending and impending SCOTUS cases as well as conservatives vowing to block Obama's rightful ability to name Scalia's replacement. Late night newcomer Samantha Bee helpfully addressed the madness on Monday night's episode of her show Full Frontal.

"Constitutional crisis!" Bee declared amid sirens. "All hands on deck! Oh my God! What happens now?"

After being handed a copy of the Constitution, Bee noted that according to Article 2, the president has the right to appoint a replacement, reasoning that Obama will "just get on with that."

Not quite. Bee then recalls that Senate's Republican Leader Mitch McConnell said the new president should fill the vacancy next year. His stance invokes the Thurmond rule, which isn't an official rule so much as a thing Sen. Strom Thurmond "made up in 1968 while taking a short break from throwing cigarette butts at black people," Bee said, adding that in terms of validity it ranks between edicts like "the five-second rule" and "he who smelt it dealt it."

What's more, the Thurmond rule does little to honor Scalia, a "champion of original intent," Bee said. "No one loved the Constitution more than Scalia," she said. "He would have married it if he could. Then he would have struck down that marriage because marriage is between a man and a woman," Bee added, referencing Scalia's famous dissent in the SCOTUS same-sex marriage ruling.

McConnell, Bee posited, is arguing for a year-long vacancy in order to hold out for a "justice who will use his gavel to plug up your abortion hole."

Bee was among many public figures who vocalized support of Obama's right to appoint a replacement. On Sunday, John Oliver called the Thurmond rule "bullshit," and Sen. Elizabeth Warren wrote on Saturday that the American people made their "voice in the selection of the next Supreme Court justice" known "when President Obama won the 2012 election by five million votes."

"Whether you loved or hated his narrow literalism about a document written before machine guns and gay people were invented," the comedian concluded, "Scalia was by all accounts a nice guy with a wicked sense of humor."

While we await Obama's nomination, at least the faulty logic at the core of attempts to stop him from doing so have been (hilariously) exposed.