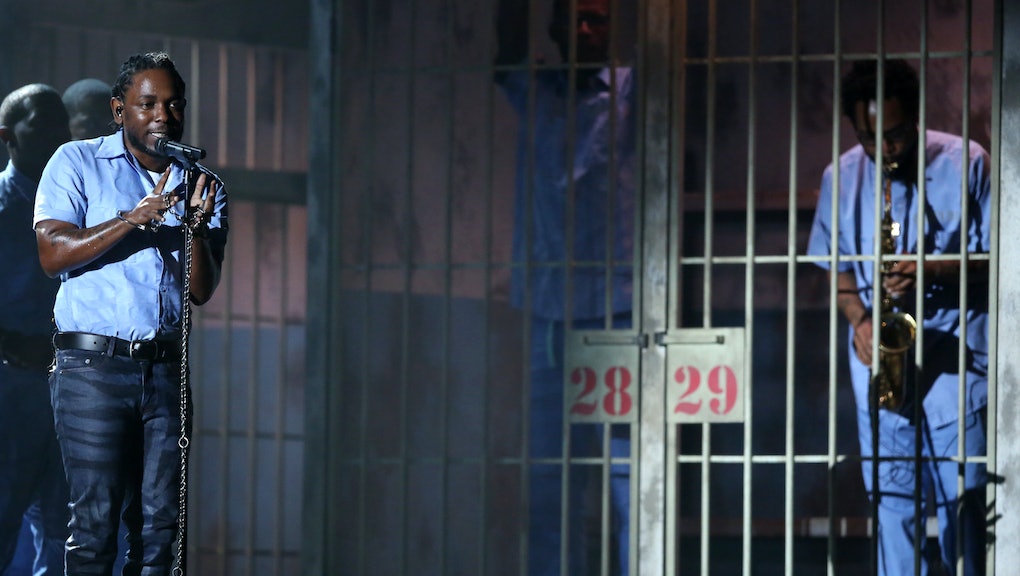 The 2016 Grammy Awards was lit. While the coveted Grammys are sometimes criticized for awarding traditional music stars over those who deserve it and featuring mainstream performances of radio hits — this year, a night full of Kendrick Lamar wins, a powerful Lamar performance, Demi Lovato's incredible Lionel Richie tribute and Lady Gaga's futuristic tribute to the late and legendary David Bowie, were a few of the standout moments that made this year's show one for the books.

Here are six highlights from the 2016 Grammy Awards:

Lovato slayed a tribute performance of Richie's "Hello" for his person of the year honor:

Adele's performance of "All I Ask" was stunning ... despite technical difficulties that made her fall flat:

She treated herself to In-N-Out after.

Taylor Swift won album of the year for 1989 and gave an uplifting speech about female success:

It also sounded like a subtle comeback at Kanye West after he released a song off his new album The Life of Pablo last week claiming he "made that bitch [Swift] famous."