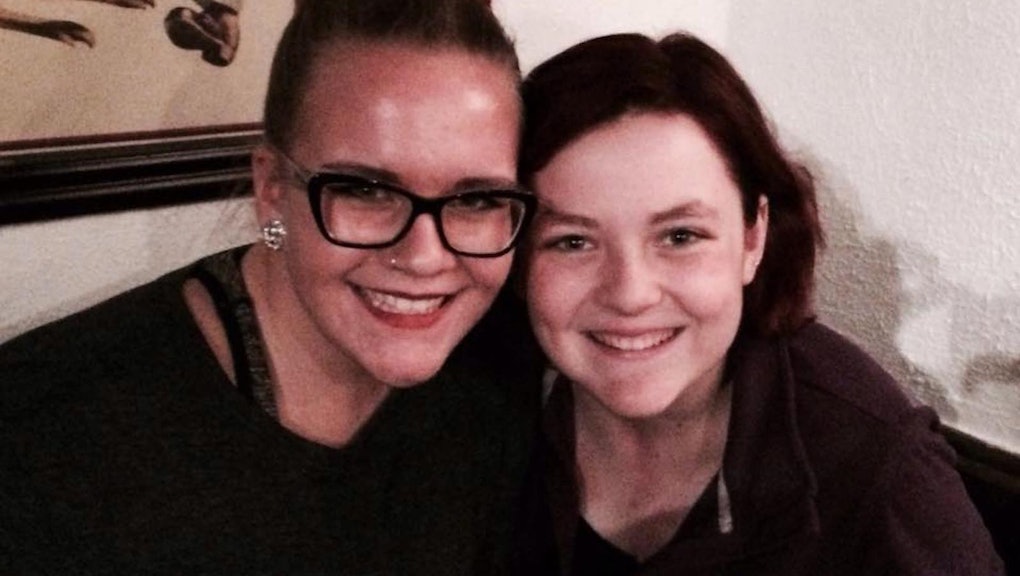 This Lesbian Couple Was Insulted by Their Hibachi Chef, So They Left Him a Special Tip

Hibachi chefs are typically known as a fun-loving bunch — they crack jokes, make choo-choo trains out of sizzling onions, squirt sake out of a plastic wee-wee man's penis, etc. But one Indiana chef may have crossed the line last Valentine's Day when he reportedly made homophobic comments to a same-sex couple dining at the restaurant.

In a Facebook note that she posted on Feb. 14, Ellie Parker wrote that she and her girlfriend decided to go out for dinner to celebrate Valentine's Day. But shit got weird when the chef showed up and went around the table asking people about their relationship statuses.

"We told him we were each other's valentines," Parker wrote in her note.

The chef then reportedly told the women that "it's such a waste to not have a man" and that if they wanted, he could follow the pair home to "heat things up."

So Parker and her girlfriend decided to leave the chef a very special "tip" on their dinner receipt: "Don't tell lesbians they need a man on Valentine's Day."

"I am appalled that I would receive this kind of treatment," Parker concluded. "I cannot believe I paid over $50 to have my relationship insulted and sexualized."

Unfortunately, this is hardly the first time a lesbian couple has been subject to such discriminatory treatment while dating in a public space. Whether it's at a restaurant and bait and tackle shop in Texas or a cozy Vermont inn, homophobic episodes in restaurants pop up every so often in a society that, despite its many progressive leaps, still has many a bigot lurking in the shadows.

Meanwhile, the chef's "you need a man" comment is indicative of the subtle misogyny that lesbians may endure on a day-to-day basis.

Parker and her girlfriend can at least rest assured that they have the support of many Facebook users. More than 5,000 people have shared her post as of this writing, with many people commenting that the chef is "an ass" and "should be fired."

"Thank you all for the support!" Parker eventually responded to her friends. "The restaurant did refund our money, but nothing can make up for the way we were treated. I hope sharing this helps others avoid this situation in the future."

Mic has reached out to Parker for further comment. A representative for Asahi Japanese Steakhouse in Lafayette, Indiana, where Parker's Facebook says she is from, told Mic that they had "no idea" what Parker's post was referring to before hanging up.