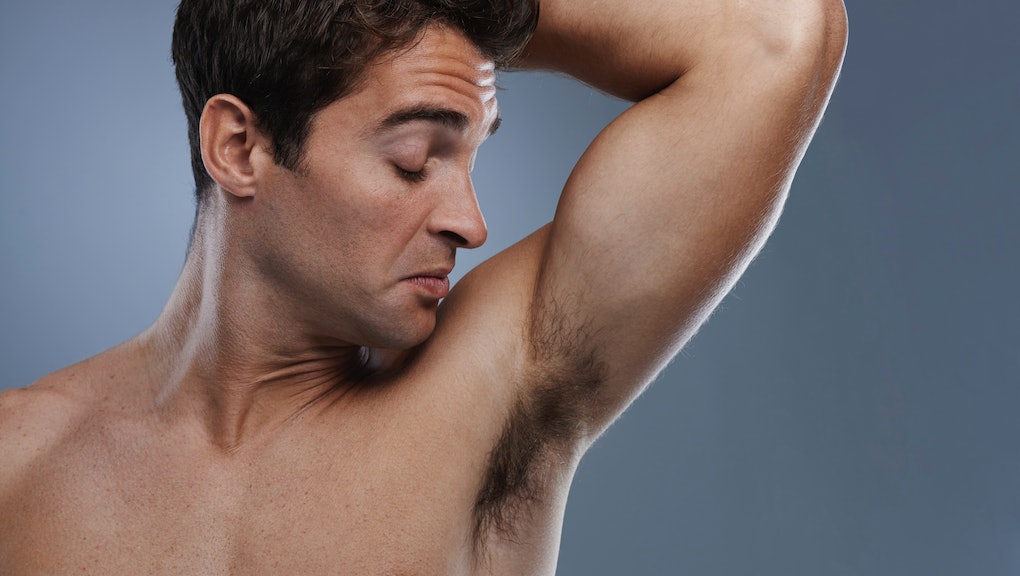 If you've ever found yourself swiping through Tinder and thinking, "I wonder what this person's body odor smells like," then perhaps you'll be interested in the concept of Smell Dating.

Describing itself as "the world's first mail odor dating service," Smell Dating takes the canine approach to mate selection. You sniff someone's used T-shirt and then let your nose decide whether or not you want to join the producer of that scent on a date.

And if you were thinking that some users might try to work the system and just Axe their way to desirability, think again: There's no deodorant allowed.

Smell Dating co-creator Tega Brain, an engineer, artist and designer, told Mic that she got the idea for the nosey (sorry) dating service after working with perfumers on past projects and learning about "the experience of smell as a more powerful or potent way to understand the world."

"I wondered, 'What if dating wasn't based on visual information?'" she told Mic. She believes Smell Dating could be a more intuitive, natural alternative to other dating apps that are purely image driven.

While some may be under the impression that most B.O. typically smells the same, a 2008 study found that personal scent is actually as unique as a fingerprint. Changes in diet, for instance, can lead to slight variations in body odor.

Brain added that the service is open to all genders and sexual orientations but that there is no check-box to select which gender you're looking to date.

"It's a chance to allow people to connect with their perception and intuitive reading without allowing it to be shattered by what someone looks like," she said.

While the concept of Smell Dating may seem unconventional and maybe even a little gross (depending on how comfortable you are with being exposed to the natural essences of your fellow human), there is research out there to suggest that smell is indeed a key ingredient in human attraction. A number of studies have concluded that human pheromones have mysterious powers over our dating preferences, even if we're not consciously thinking about the role smell plays in our decision-making processes. A 2014 blind experiment even found that people with similar political beliefs were drawn to each other's scents, while another deduced that men found the scents of fertile women to be more pleasing than others.

It's worth noting, though, that not everyone is convinced that pheromones are all that and a bag of v. aromatic chips. Smell doctor Charles Wysocki told the Daily Dot last year that pheromones may not be as involved in our attraction as perfume ads would have us believe. "[Odor] may in fact [contribute to potential mate choice]," he said. "But there's no good scientific evidence to support that."

Still, Smell Dating isn't the first time singles have turned to odor as a way to find a mate. Pheromone parties, in which attendants sniff through a number of pre-bagged, used T-shirts until they come across one they like, have been a thing for a few years now. But Brain told Mic that she's not interested in producing similar events.

"We're interested in having it be sort of the same structure as a conventional online dating," she said, "where people can have an element of privacy behind the process."

So perhaps Smell Dating could be the perfect solution for online daters who find themselves overthinking the process or suffering from the paradox of choice that an endless stream of Tinder profiles can present. "Trust yourself," Smell Dating's website declares. "Your nose knows."