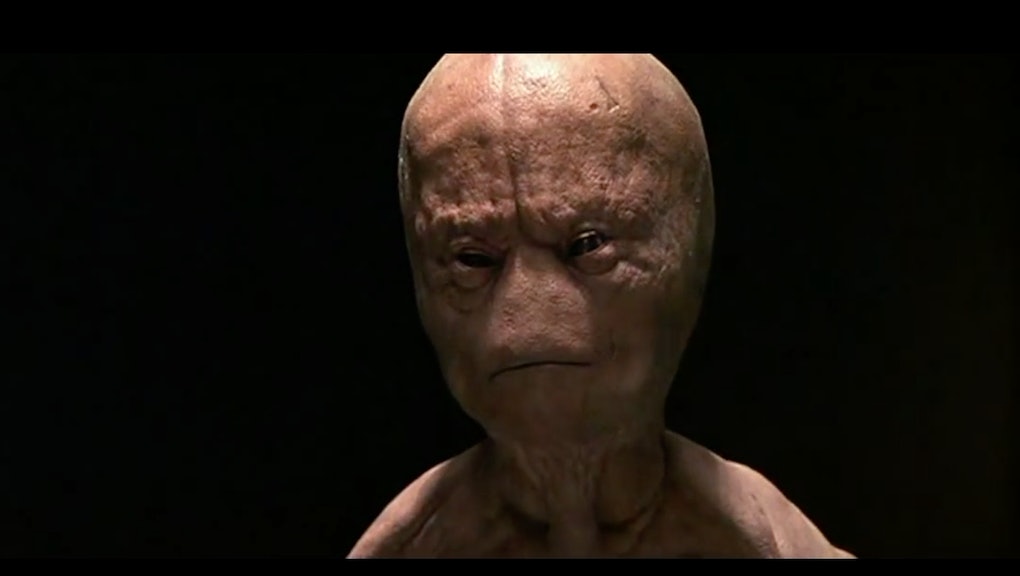 7 Best Alien Movies That Will Either Make You Love Aliens, or Absolutely Fear Them

Whether or not they are indeed real, the concept of aliens, in many shapes and forms, is fascinating. As a result, Hollywood's piqued people's curiosity of alien existence by creating several interpretations for what an alien would be like — whether here on Earth or in the far reaches of space.

Some of these aliens are the stuff of nightmares, in their appearance or in their sadistic actions. Others are sympathetic, friendly and approachable, the type that make you believe we'd get along with extraterrestrial life in a potential meeting of worlds. In even such a broad genre, these are seven of the best ever made.

Alien: The tagline for the movie's poster is terrifying enough, "In space no one can hear you scream." Ridley Scott's Alien, however, is much more than that — it's what helped catapult the talented director onto the public spotlight, and also started a moderately successful series of films around the H.R. Giger-created alien creature.

While the film is almost entirely set on a spaceship, that is, in part, why it works so well. The ship is big enough, but the feeling of claustrophobia sinks in as a released alien creature — called a Xenomorph — begins to terrorize the crew, and knock them off one by one. There are several moving parts here, including face-hugging creatures, deceitful androids and enough unanswered questions that we're still learning more about the origin of the Xenomorphs.

While there are many memorable scenes in Alien, the one that stands out most of all is the creature's iconic chest-bursting appearance.

Aliens: The direct sequel to Alien, Aliens takes a much different tone than the original — though it's still considered a sci-fi masterpiece. Rather than straight horror, the James Cameron directed Aliens plays more as an adventure film, though still with the same thrills when the Xenomorphs. This time, though, instead of one alien to deal with, Ripley (Sigourney Weaver) and her squad are dealing with them in the dozens.

In a film with several iconic scenes, the most notable is easily Ripley faces off head-to-head with the Alien Queen. Her weapon of choice: a crate loader apparatus.

District 9: It's difficult to picture an alien-centric film garnering several Academy Award nominations, but District 9 earned four in 2010 and deservedly so. Set in South Africa, the film centers around a slum where aliens that have crash landed are kept in isolation from the rest of the population.

However, government mistreatment of the creatures is evident from the get-go, and it's hard not to sympathize with the aliens throughout; they just want to go home. Parallels can even be drawn to real-life refugees. While District 9's third act is very action-heavy (and great action it is), the compelling narrative is never lost.

E.T. The Extra-Terrestrial: Similarly to District 9, E.T. does not feature an alien that is inherently bad or hostile. Rather, this one's a friendly, family fun concept. Still worthy of being at the top of the shelves for family films, Steven Spielberg's E.T. is heartfelt and filled with memorable scenes between the lovable alien and Elliot (Henry Thomas).

No matter how many times you watch it, Elliot saying goodbye to E.T. when he finally finds a way home is equal parts joyous and heartbreaking.

The Thing: Admittedly, The Thing is in its finest form with the first viewing, as it employs a whodunit mystery with an alien encounter in the middle of Antarctica. Essentially, the "thing" in question is able to take the form of anybody it ensnares. As a result, an Antarctic group of scientists is left to ponder who among them might not be who they seem.

Even though it was produced in 1982, the special effects for The Thing still hold up well today. As such, it's still as unsettling as it was during its initial release — as the crew dwindles down with the shape-shifting "thing" racking up a large body count.

Fire in the Sky: Broadly, Fire in the Sky could certainly be considered the worst critically received film on this list — which would be a fair and true assessment. Yet what makes the film worth examining is the lead character's alien abduction. It's one of the most disturbing and frightening scenes of sci-fi ever produced, one that will resonate with a viewer long after seeing it.

It's a tense, chilling examination of an alleged (though likely untrue) alien encounter, and the type that would understandably imbue fear of alien life.