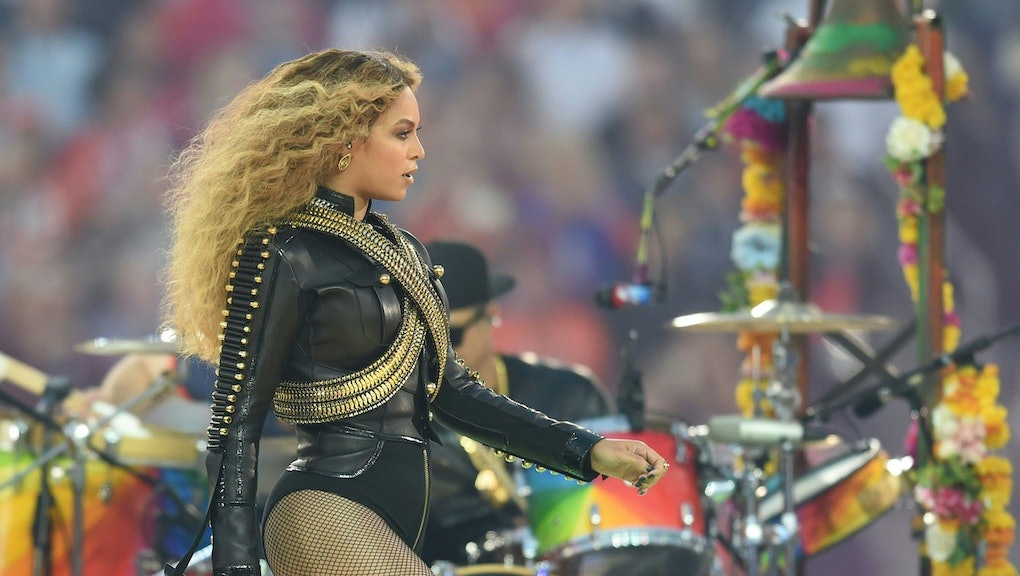 Beyoncé, a Confucius for our times, teaching us more in ten quotes than ten textbooks could in their thousands of pages. Her name has become almost synonymous with the verb "to slay." She is not infrequently referred to as Queen in a country that claims to have no royals. She has the power to skyrocket the national sales of an unremarkable seafood chain with a single mention of its name in a song.

Read more: Why Beyoncé Aligning With Black Lives Matter Could Mark a Watershed Moment for Her

How did Beyoncé amass such awesome power? By identifying what she wanted and refusing to not go after it, sticking to a strategy loosely outlined by these 10 inspirational quotes. Which we will heed, because when it comes to professional success, what better philosophy could there be than that of a woman who has built an empire worth many many millions in bottles of hot sauce?

"My focus is my art, and that's what I love to do. I have to be really passionate in order to do something. I've turned down many things that I just didn't believe in." (BrainyQuote.com)

2. Beyoncé doesn't settle for what's safe because Beyoncé's middle name is "Danger" (but actually it's Giselle).

"I can never be safe; I always try and go against the grain. As soon as I accomplish one thing, I just set a higher goal. That's how I've gotten to where I am." (BrainyQuote.com)

3. Beyoncé grabs power, is not complacent

"Power's not given to you. You have to take it." (Everyday Power Blog)

4. Beyoncé is, in all ways, an independent woman.

5. Beyoncé knows her worth, looks to no one else for affirmation

"Your self-worth is determined by you. You don't have to depend on someone telling you who you are." (Marie Claire)

"It is so liberating to really know what I want, what truly makes me happy, what I will not tolerate. I have learned that it is no one else's job to take care of me but me." (Marie Claire)

7. Beyoncé never sleeps (would wake up ***flawless if she did, though).

"I'm a workaholic and I don't believe in 'No.' If I'm not sleeping, nobody's sleeping." (BuzzFeed)

9. Beyoncé twirls on her haters because Beyoncé runs her (the) world.

"I'm learning how to drown out the constant noise that is such an inseparable part of my life. I don't have to prove anything to anyone, I only have to follow my heart and concentrate on what I want to say to the world. I run my world." (Everyday Power Blog)

10. Beyoncé listens only to Beyoncé.

"It's easy to hear the voices of others and often very difficult to hear your own. Every person you meet is going to want something different from you. The question is: what do you want for yourself?" (Everyday Power Blog)