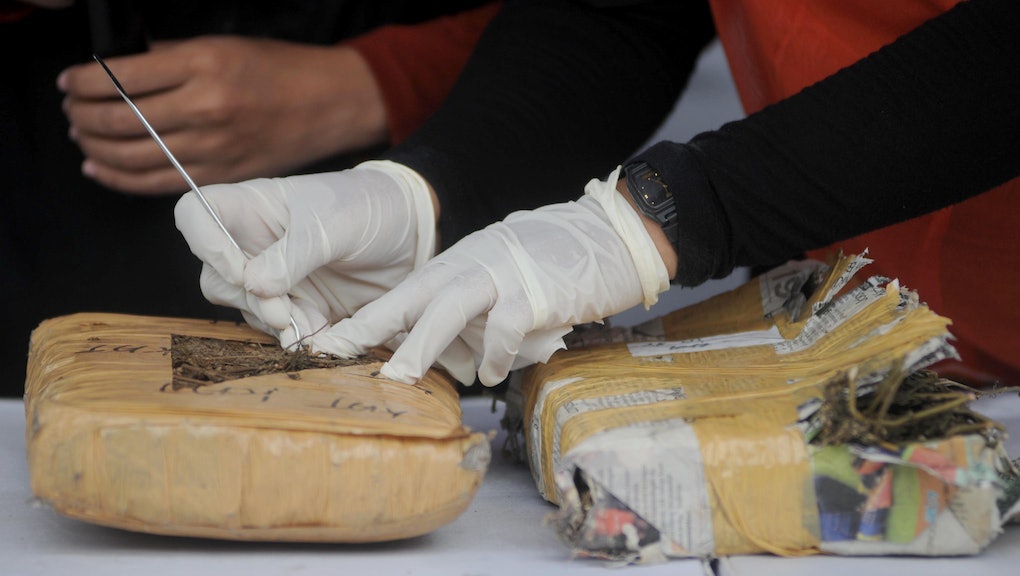 Why Is Marijuana Illegal? Here's the History Behind America's Longstanding Battle Over Pot

Last May, the Supreme Court rejected making medical marijuana legal under federal law, ABC News reported. That didn't overturn the laws in the 23 states and Washington, D.C., that make marijuana legal in some form. But it's hard to imagine an era when marijuana legalization wasn't some activist's modus operandi. But cannabis was actually used by colonists for rope and clothing, Business Insider reported.

Laws against marijuana didn't actually come into place until the Federal Food and Drugs Act of 1906, which required the labeling of over-the-counter drugs containing cannabis and narcotics in the name of regulating the pharmaceutical industry, according to Business Insider. Right around his time, many states passed anti-marijuana laws, along with the prohibition of alcohol and tobacco.

Read more: Can Marijuana Kill You? What You Should Know About Weed and Its Health Risks

From there, marijuana continued to garner a bad reputation because of its association with the lower class and deeply-held prejudices against Mexican immigrants, who came to the U.S. after the Mexican Revolution of 1910, and the widespread fear that it caused deviant behavior, PBS reported. In the 1970s, marijuana reached its peak illegality, thanks to President Richard Nixon's war on drugs and creation of the U.S. Drug Enforcement Administration, according to Business Insider. The Controlled Substance Act of 1970 made marijuana a Schedule I drug, meaning it has a high potential for abuse and there are no accepted medical uses for it. It remains a Schedule I drug today.

In 1915, the first city to ban marijuana was El Paso, Texas, according to Business Insider, but there was an underlying xenophobic intention, as Mexican immigrants caught smoking it were deported.

The media played a heavy role in the public anti-marijuana campaign, such as the 1936 propaganda film Reefer Madness, which pitted marijuana as the cause of murder and car accidents.

The 20th century saw a variety of laws taking steps toward banning marijuana, such as the 1932 Uniform State Narcotic Act, which put marijuana under federal government control. There was also the Marijuana Tax Act of 1937, which was an early version of medical marijuana but was later deemed unconstitutional, Business Insider reported. The Boggs Act of 1952 and the Narcotics Control Act of 1956 essentially began the drug crime structure seen today, as offenses like marijuana possession were met with minimum jail time requirements.

It also saw its fair share of attempts to reinstate a normalized perspective on marijuana, such as the Supreme Court case United States v. Oakland Cannabis Buyers' Cooperative. The Supreme Court ultimately decided that medical necessity was not a valid defense against the Controlled Substances Act, which marijuana falls under since it is ruled a Schedule I drug.