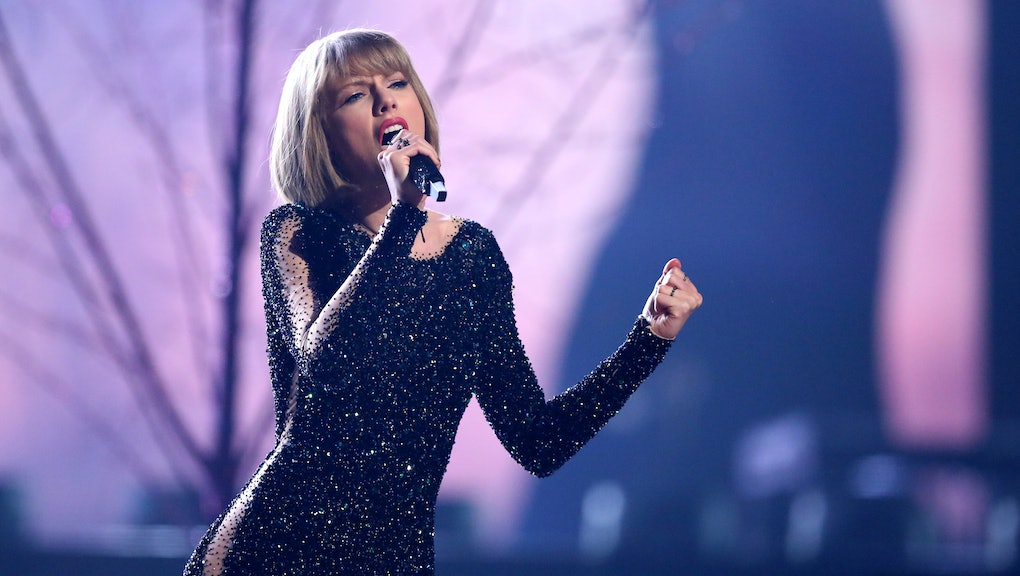 If you judge Taylor Swift by her mostly self-written music, you'd think her entire life thus far has been one big breakup-and-makeup cycle. But a closer observation of her entire music collection shows she's experienced other things too, like turning 22, finding her "place in this world," and shaking off the haters.

Read more: Taylor Swift's Music Is Made Entirely by Men, Even Though She's Pioneering in Her Industry

Here are the rare few tunes from Taylor Swift's five studio albums that are about things other than doomed romantic relationships:

"22" is Swift's version of a pop artist's quintessential going-out song, about "one of those nights" to "dress up like hipsters" with the gal pals. Swift being Swift had to lace the song with breakup references like, "It feels like a perfect night" to "make fun of our exes" and "you look like bad news, I gotta have you," but it's more of a GNO hit with breakup undertones, so we'll let it pass as a non-breakup song. It's also become an unofficial birthday song, as it's difficult to avoid referencing the catchy anthem when ringing in someone's 22nd birthday.

"A Place in This World"

Long before Swift turned 22, she was just struggling to find her place in this world. The fourth song off her first, self-titled studio LP has those Britney Spears' "I'm Not a Girl, Not Yet a Woman" vibes. "I don't know what I want, so don't ask me," Swift asserts in the first verse. "Cause I'm still trying to figure it out/ Don't know what's down this road, I'm just walking/ Trying to see through the rain coming down." Deep.

"Shake It Off" seems to be about all of Swift's haters, not just explicitly her exes (though they're definitely not excluded). "Cause the players gonna play, play, play, play, play" Taylor Swift eloquently theorizes about her exes in the chorus. However, Swift's dealt with a plethora of haters including Kanye West and a portion of the internet, so she's a seasoned expert at blocking out — sorry, shaking off — what the haters say about her.

This song was written for a male, but not an ex: Mr. West. The song was her response to Kanye West famously interrupting her 2009 MTV Video Music Awards acceptance speech to say she didn't deserve the award, she told New York Magazine in a 2010 interview. But Swift's version of a diss track largely takes on rather forgiving overtones. "It's all right, just wait and see," she sang in the first verse. "Your string of lights is still bright to me/ Oh, who you are is not where you've been/ You're still an innocent." You need ice for that burn, Kanye?