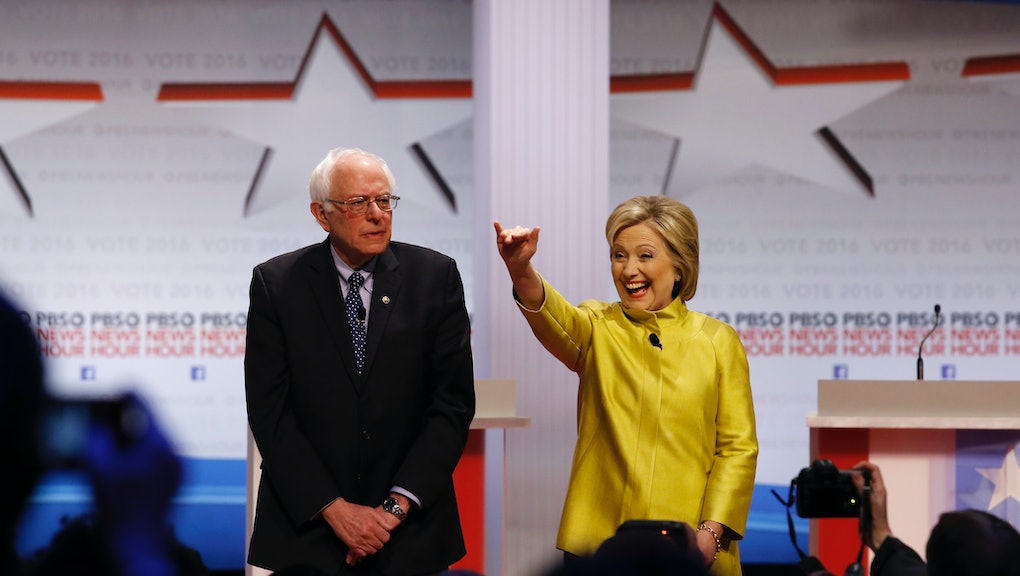 Bernie Sanders vs. Hillary Clinton: How Well Do You Know the 2016 Democratic Candidates?

We've sunk whole days' worth of hours into the Democratic debates. We've heard Hillary Clinton and Bernie Sanders speak from stumps nationwide. We've weighed their respective positions on such impactful issues as Olive Garden, lights and jetskis. We've watched Clinton deflect the questions of her haters; maybe we've perused a "Men Who Bern" calendar. We've gone over their records with our fine-toothed combs and amassed a wealth of information on both candidates. We think we know them like the back of our two hands.

So we put that knowledge to the test.

Read more: Everything You Missed in the Democratic Debate in Milwaukee

A new quiz from NewsUp drills users on the key differences in Clinton and Sanders' political platforms: where they stand on marijuana legalization, which countries they think pose the greatest threat to national security, prisons, the minimum wage, international diplomacy, the war on drugs and more. It didn't ask us to discern their divergent perspectives on jazz, but it did proof our recall of the Glass-Steagall Act, which is arguably more important.

Interested in making an informed decision this primary season? Wondering whether that's the Bern you're feeling or the urge to cast a Clinton ballot come November? Take NewsUp's quiz and see how well you really know the Democratic candidates.