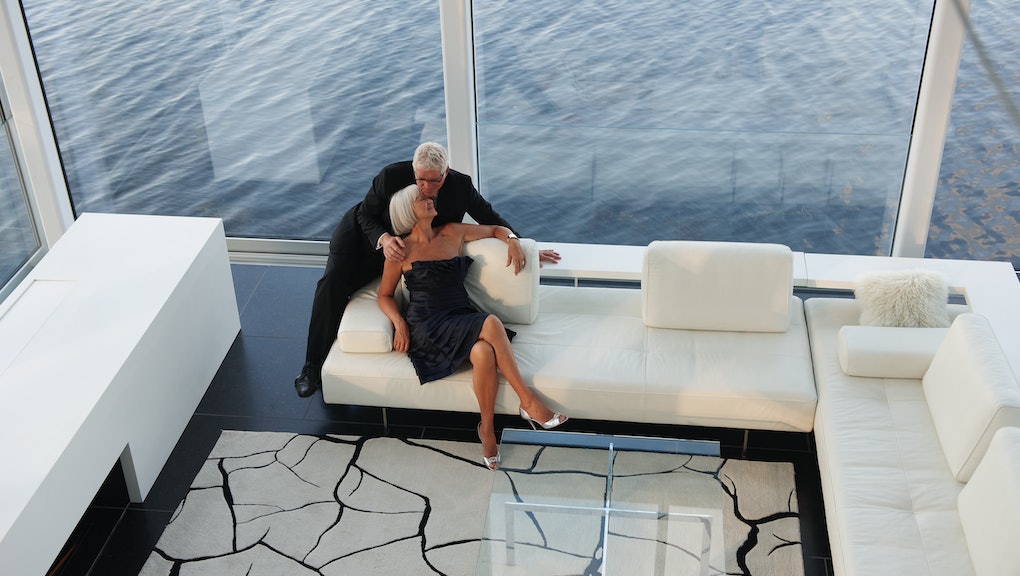 As with so many other things in life, the rich have long possessed better life expectancy than the rest of society. But new data shows that in recent history the longevity gap between the haves and have-nots in the United States has actually grown.

According to a New York Times report, at the beginning of the 1970s, a 60-year-old man among the top half of earners had a life expectancy 1.2 years longer than a 60-year-old in the bottom half. In 2001, that gap had grown to nearly 6 years.

The Times also makes reference to a new report from the Brookings Institution, which finds that for men born in 1920, the average life expectancy of a man in the top 10% of the "mid-career income distribution" is five years higher than that of a man born in the same year whose income was in the bottom 10%. Jump ahead to data on men born in 1940, and the life expectancy disparity between those in the top 10% and bottom 10% grows to 12 years.

Women's disparities are smaller, but striking nonetheless. For women born in 1920, the difference in average life expectancy of a woman in the bottom 10% of the mid-career income distribution and top 10% was four years. By 1940, that expectancy gap leapt to about 10 years.

With all the advances of modern medicine, a considerable increase in the material quality of life for the poor and more effective regulation of safety in the workplace, a shrinking longevity gap might have been expected. But a large part of the disparity is likely driven by the divergence in health habits between the affluent and the nonaffluent. Public health researchers name fatalities related to smoking and other kinds of drug use as a huge factor, according to the Times.

Money can't buy you happiness, but it can buy you a better chance at a considerably longer life.