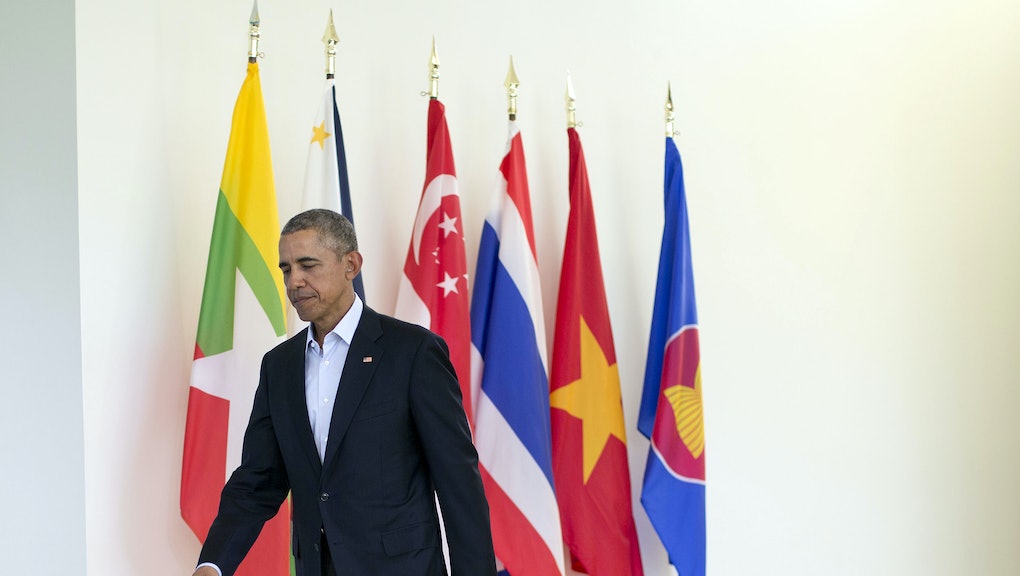 President Barack Obama said on Tuesday that the coming political battle over his nominee to replace the late Supreme Court Justice Antonin Scalia was symptomatic of partisan divisions in Washington, calling on Senate Republicans to give his eventual nominee a fair hearing.

Scalia's sudden death on Saturday shook the political landscape, with Republicans in the Senate immediately calling for the decision over his replacement to fall to the next president.

Speaking at a press conference during a summit of Southeast Asian leaders in Rancho Mirage, California, on Tuesday, Obama said that the reaction to Scalia's death was "a measure of how, unfortunately, the rancor in Washington has prevented us from getting basic work done."

"The Constitution is pretty clear on what is supposed to happen now," Obama said. "The president is to nominate someone. The Senate is to consider that nomination, and either they disapprove of the nominee or that nominee is elevated to the Supreme Court."

"There's no unwritten law that says that it can only be done on off-years," Obama said, pushing back on Republican calls for Scalia's replacement to be chosen by the next president. "That's not in the constitutional text. I'm amused when I hear people who claim to be strict interpreters of the Constitution suddenly reading into it a whole series of provisions that are not there."

Asked about the possibility that Republican Senate Majority Leader Mitch McConnell would deny a vote on anyone Obama nominates, the president said that many senators "are going to be under a lot of pressure from special interests and various constituencies and many of their voters to not let any nominee go through, no matter who I nominate."

On the question of whether a moderate nominee would be amenable to Senate Republicans, Obama stressed that he will "present somebody who indisputably is qualified for the seat," declining to specify a timeframe for his decision.