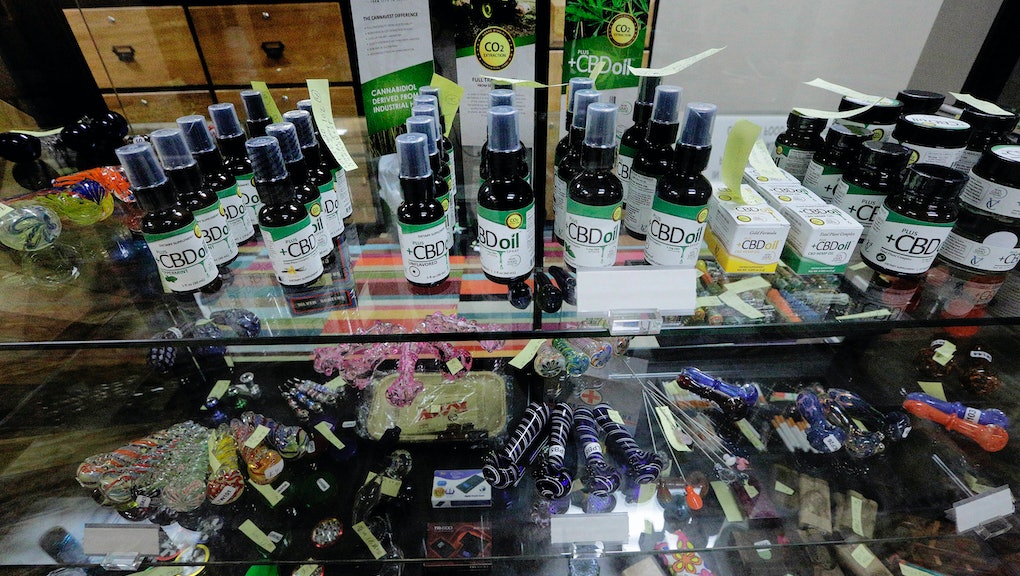 What Is Cannabis Oil? Here's What You Need to Know

With the legal marijuana industry booming in several states, many Americans are being introduced to industry terms that used to be lingo of, let's call them, pot "experts." Cannabis oil, also called CBD oil, hash oil and wax, is one such term — so what exactly is it?

Cannabis oil is the oil extracted from the marijuana plant. "A pound of marijuana typically generates 1/10 to 1/5 of a pound of hash oil," Wired reported in 2013, quoting a Cannabis Cup winner who goes by the name "Ganja Jon."

Read more: Here Are the States That Will Possibly Legalize Marijuana in 2016

Cannabis oil can be consumed in edibles, vaporized, taken as a tincture and applied topically — and often has a higher concentration of THC than the leafy green marijuana that you might find one aisle over at a dispensary, reports Fusion.

But cannabis oil has found some unlikely fans among parents who champion it as a lifesaving medication for their epileptic children. A recent NBC News report shed light on a community of parents who turned to a type of cannabis oil that is low in THC, the compound that induces a "high" feeling, and high in what's called CBD, to treat and lessen their children's' seizures. Recent studies have confirmed that CBD has potential as an anti-seizure medication.

The CBD oil that some families in Colorado are using medicinally is different from the cannabis oil that recreational users are consuming — but both are part of a fast-growing world of marijuana products that go way beyond bud.