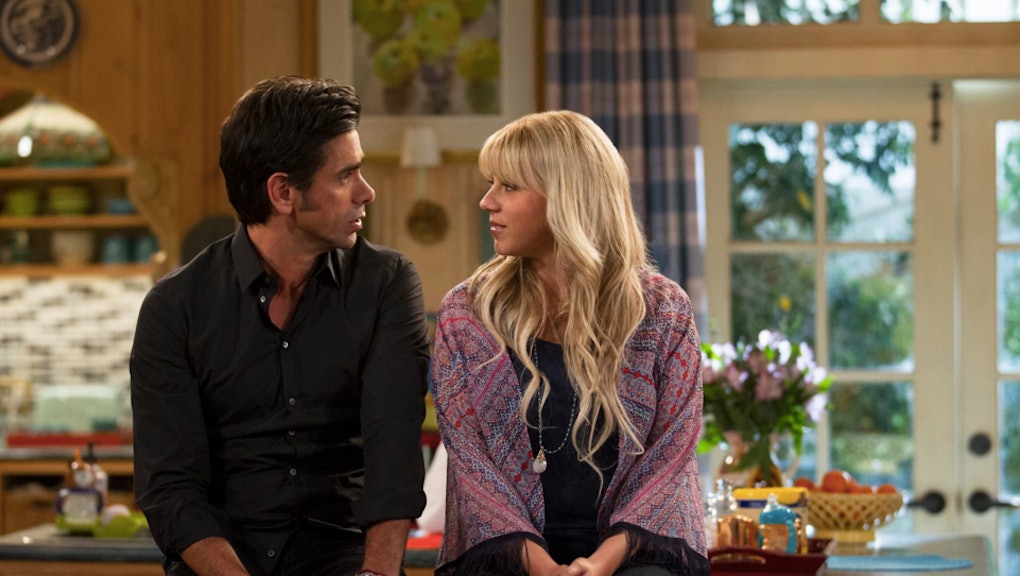 The premiere of Netflix original series Fuller House, a 13-episode reboot of the '80s and '90s classic hit sitcom Full House, is just around the corner. Yet ahead of its Feb. 26 release date, earlier reviews of the series are rolling in, and the consensus in none too complimentary.

Variety's chief TV Critic Maureen Ryan calls the reboot "self-obsessed," and TV Line ran a review of the show with the headline, "Fuller House Review: Netflix Revival Relies Almost Entirely on Nostalgia." And though the series is "a winner," according to Newsday's Verne Gay, that's a description that's qualified with a "strictly for fans."

The critique many reviewers are echoing is that the show relies too heavily on its recycled jokes — catch phrases that won't die ("How rude!"). Multiple critics who've given the show poor reviews point out the inherent danger of reboots, namely that you cannot remake a classic because it ends up being a replica of something inimitable.

And other critics say that though the wonkiness of the show's key characters resonated with the culture mood of the late '80s and '90s, those affectations might not speak to modern audiences. And in order to for the show to ultimately be a success, Ryan pointed out, the reboot would have to translate to modernity, something she argues it fails to do, in part, by not adhering to the shorter, 30-minute run times most Netflix users are accustomed to with light-hearted fare.

"In general, it's simply odd for a show this derivative to frequently give the impression that it's taking a victory lap simply for existing," Ryan wrote. "It'd be nice if Fuller House had taken the DNA of the original and freshened it up a bit for the era in which it finds itself, and it'd be even better if the new version had more lines that were actually funny, but effective jokes are few and far between."

Yet some critics aren't so quick to judge the show, and argue that appealing to long-term fans isn't necessarily a detriment. "This will be a hit, if only because old friendships must be rekindled, along with emotions too deep for words — even if those words are 'cut it OUT!,' and 'You got it, dude,'" reads Newsday's review. And according to a review from Mashable, the show is s "cheesy, predictable and passé — in a good way."

Full House super fans will be pleased to hear that much of the original cast returns for Netflix's revival. Mary-Kate and Ashley Olsen, who jointly played the role of Michelle, do not.

It may be too soon to tell if Fuller House has staying power. For what it's worth, though, Jodie Sweetin's kids think the Full House reboot is gold.