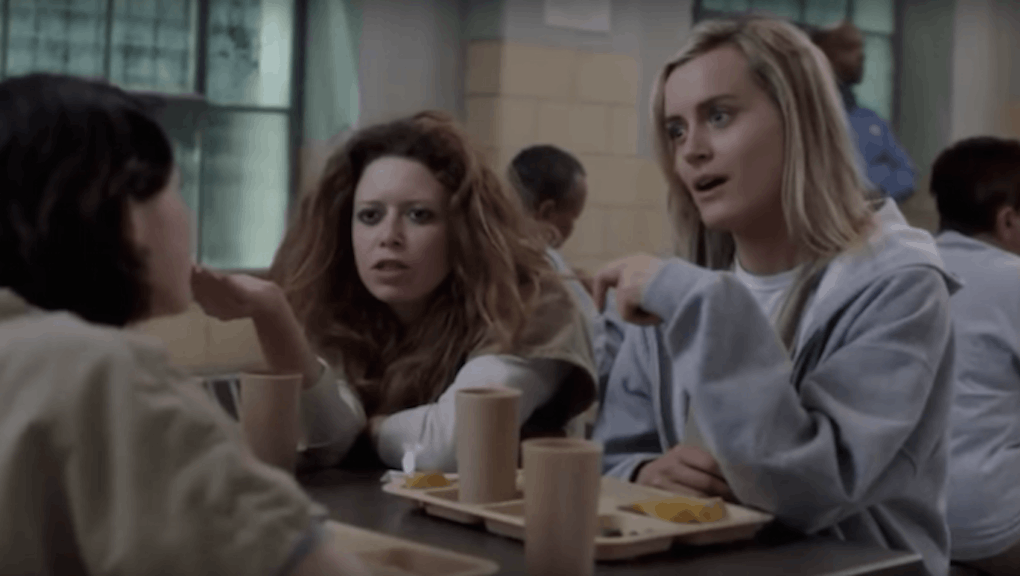 At first glance, Orange Is the New Black is seen as a groundbreaking Netflix-produced comedy that supposedly chronicles the typical journey through a female prison for a not-so-typical convict. However, a closer look at the United States federal corrections system makes it clear: Piper Chapman's stay at Litchfield Penitentiary is a TV fantasy most women behind bars would hardly recognize.

The show became a critical success after the release of its first season. The series, based on a memoir written by Piper Kerman, provides audiences a glimpse, however shallow, into the inner workings of a women's federal prison. The only problem is the show fails to mention a few key points about what it's like being locked up.

Read more: 'Orange Is the New Black' Is Dismantling Lesbian Sex Myths, One Scene at a Time

For starters, it isn't nearly as easy as Orange makes it seem for prisoners to see their families. The Huffington Post's Amos Irwin reported last year there aren't even female federal institutions in every state, according to the Federal Bureau of Prisons — making the easy commute Larry took to see Piper a rarity for female prisoners. Some may have to drive across state lines to visit relatives. According to a special report by the Bureau of Justice Statistics, the majority of mothers in prison never receive a single visit from their children.

The report also noted a 131% increase since 1991 in the rate of kids under the age of 18 with mothers in prison. While Orange does feature a couple of inmates with children, the show fails to accurately represent the fact that the majority of women behind bars are mothers.

Apart from the family issues Orange frequently glosses over, the show ups the excitement with murder plots, heavy drug trafficking and violent gang lords. Meanwhile, the reality is that most women's federal prisons are really housing low-level drug offenders. Of those inmates, the majority certainly don't have the international drug dealing background like Alex Vause, whose character is based on heroine trafficker Cleary Wolters.

"If prison life were really like they depicted in the show, there would be a line to get in," Wolters told People Magazine in May. Most women in the U.S. prison system aren't notorious criminals; the typical female inmate is serving time for drug charges. According to the Criminal Justice Policy Foundation, violent offenders made up the smallest number of female federal inmates in 2012 (not including unknown or missing offenses).

Orange has a number of outlandish characters who represent stereotypical versions of inmates audiences may think of when imagining a federal corrections institution. There's Lorna, who makes up fantasies in her mind about marrying a man who has a restraining order against her. There's also "Crazy Eyes," the deranged-yet-harmless inmate who immediately becomes infatuated with Piper (and just about any other prisoner she lays eyes on).

Though this handful of characters does scrape the surface of a complex issue found specifically in women's federal prisons, they fail to do the reality of the situation any justice. A paper by a member of Sonoma State University's Department of Criminal Justice Administration shows a majority of federal female inmates show symptoms of a mental disorder. The paper reported 61% of federal female prisoners have symptoms of mental health issues, compared to just 12% of women in the general population.

Though Orange isn't without its flaws, the series has shed light on a new phenomenon in the United States. The rate of female incarceration in the U.S. has seen a sharp spike in recent decades. According to the Sentencing Project, as of 2010, over 1 million women were "under the supervision of the criminal justice system," either through parole, probation or jail or prison sentences.

The big difference is those women won't wind up anywhere close to a Litchfield Penitentiary.