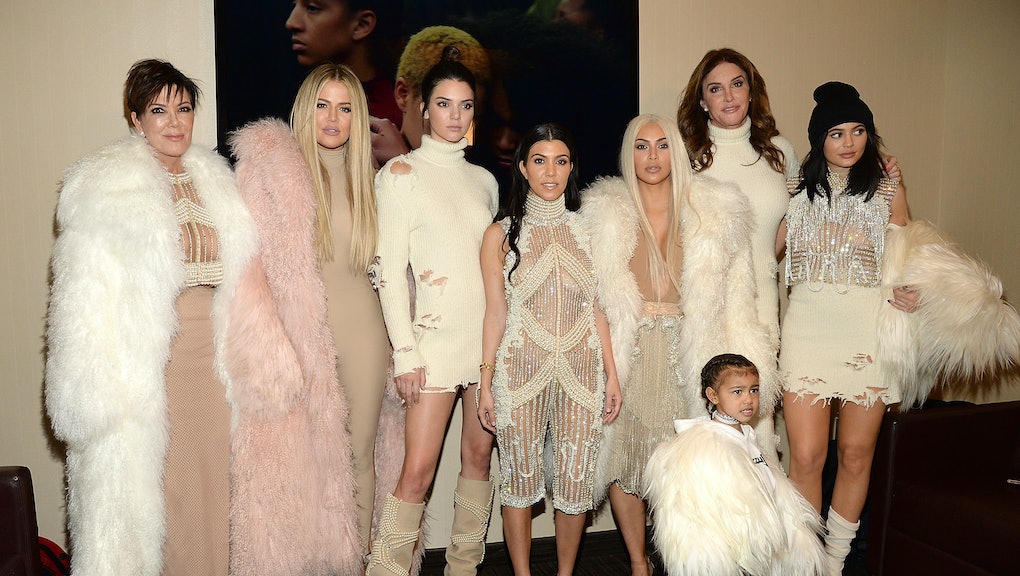 Robert Kardashian taught his children so much. If only they had listened. On Tuesday's installment of The People v. O.J. Simpson: American Crime Story, the third in the season, O.J. Simpson's friend and defense attorney took father's day brunch as an opportunity to warn his four children — Kourtney, Kim, Khloe and Robert, Jr. (in descending age order) — about the false friend that is fame.

His children, excited that their father has been recognized as "Richard Kordovian," are obviously enjoying the feel of so many eyes on them and the privilege of being allowed to pick any table they want. It worries Robert.

"We are Kardashians," he intones, "and in this family, being a good person and a loyal friend is more important than being famous. Fame is fleeting and hollow. It means nothing at all without a virtuous heart."

Read more: Khloe Kardashian Is OJ Simpson's Daughter and 5 Other Conspiracies From the Trial

This after Kourtney, with an almost imperceptible flick of her hair and feigned annoyance at the spike in her popularity, brags that kids at school constantly ask her about Simpson, her godfather. Her father insists that Simpson is innocent and tells his cohort he plans to tell the nation exactly that in his upcoming interview with Barbara Walters, prompting a table-wide freak out in which little Robert screeches at his father that the kids' new stepfather, Bruce Jenner, is famous because he was in the Olympics.

"Bruce and mom sell thigh masters on TV so they're both famous," the kids babble. So Robert, champion of morals and believer in the goodness of (probably) murderous men that he is, attempts to set them straight. But his lesson falls on uninterested ears. His children look bored with his line of reasoning and cast around for more entertaining things on which to focus. A platter of egg rolls arrives as if in answer to their silent prayer, leaving Robert alone with his lesson.

We should note that it's unclear whether or not said conversation took place, and if it did, whether or not American Crime Story recreated the scene point for point. But in 2016, it certainly looks as though the Kardashian kids didn't hear their father's message, if indeed he did deliver it.

The family looks pretty pleased with its status as reality television royalty. What's more, certain among them seem genuinely confused as to why certain among us would question the legitimacy of their reign. When we ask what they did to deserve all this notoriety, they would ask, is fame for fame's sake not a valid reason?

"When I hear people say [what are you famous for?], I want to say, what are you talking about?" Kim told the Guardian in September 2015. "I have a hit TV show," she explained, noting its long run and high episode count. And when her interviewer, Emma Brockes, asked her what that amounted to, as the premise of the show was that family go about their daily lives before a camera crew; they aren't doing anything that requires special skill.

"Well, a bear can juggle and stand on a ball and he's talented, but he's not famous," Kim said, when asked what her talent was. "Do you know what I mean?"

What sets the Kardashians apart, then — what's made them what they are today — is perhaps their friendliness toward fame. The wanting to be famous is all one really needs. It's life approached like a giant vision board: One only need visualize the goal actively enough, and it shall be achieved.

None of the Kardashians seems to find the arrangement empty of substance, either. Is it that they have uncommonly virtuous hearts? Are they particularly loyal friends? Or is it that their fame will turn out to be fleeting?