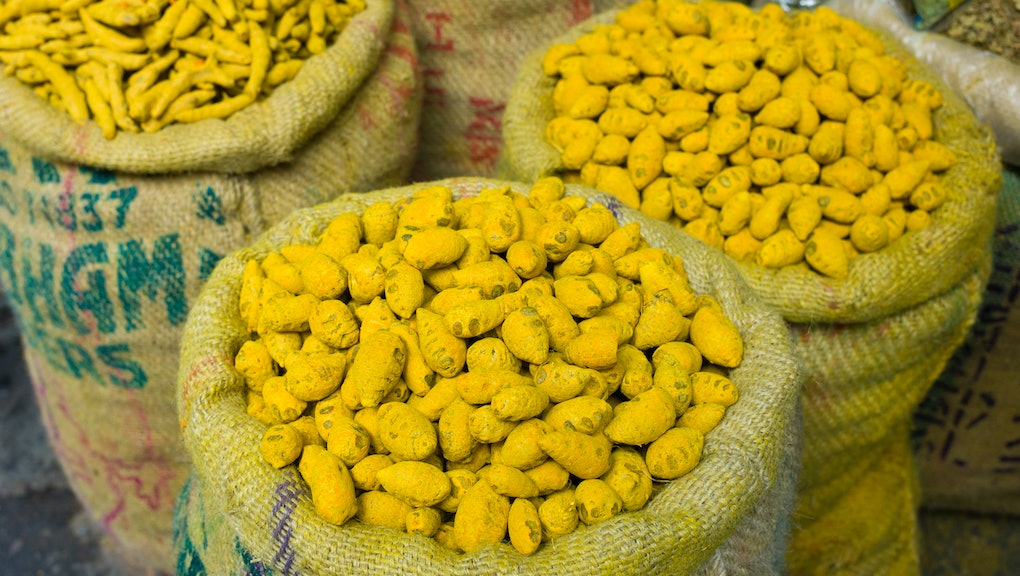 What Are the Health Benefits of Turmeric? Here's What Science Says About the Spice

Turmeric is the bright orangey yellow spice that gives South Asian curries its distinct color and flavor. Not only is the spice served by dish, but its primary active component curcumin has been a staple in traditional herbal medicine for thousands of years, the Washington Post reported.

Curcumin gives turmeric star qualities of being both anti-inflammatory and an antioxidant, which means its consumers will reap external and internal benefits, according to the Washington Post. "It is a known fact that curcumin is a strong antioxidant compound with great ability to scavenge the oxygen-derived free radicals," a 2013 study published in Current Neuropharmacology said. "Consequently, curcumin could be a potential neuroprotective agent."

Read more: The Benefits of Ginger and What Science Says About the Ancient Medicinal Root

Turmeric can be ingested through prepared food, tea or as a 1,000 milligram curcumin extract supplement purchased from a health food store, according to the New York Times. Daily consumption has been shown to be safe for up to three months, a 2008 study found.

For joint and pain relief, these curcumin capsules were comparable to taking ibuprofen, a 2009 study found.

Turmeric has been linked to treating a long list of diseases, such as Alzheimer's and Parkinson's due to its ability repairing brain cells and improving memory in lab rats, the 2013 study said. Another study found curcumin pills to assist in delaying Type 2 diabetes compared to taking a placebo.

There's also early evidence that turmeric can prevent plaque from building up in the arteries, which results in heart attacks and strokes, the University of Maryland found.

Other than its wide range of health benefits, turmeric has also been used for cosmetic purposes, such as soothing flare-ups of rosacea or eczema, and skin damage from UV radiation, Marie Claire reported.

Despite turmeric's repertoire of promising health benefits, it's important to stay cautious about taking it in high doses for long periods of time, as that can lead to nausea or indigestion, according to the National Center for Complementary and Integrative Health.

This article was originally published on Feb. 17, 2016