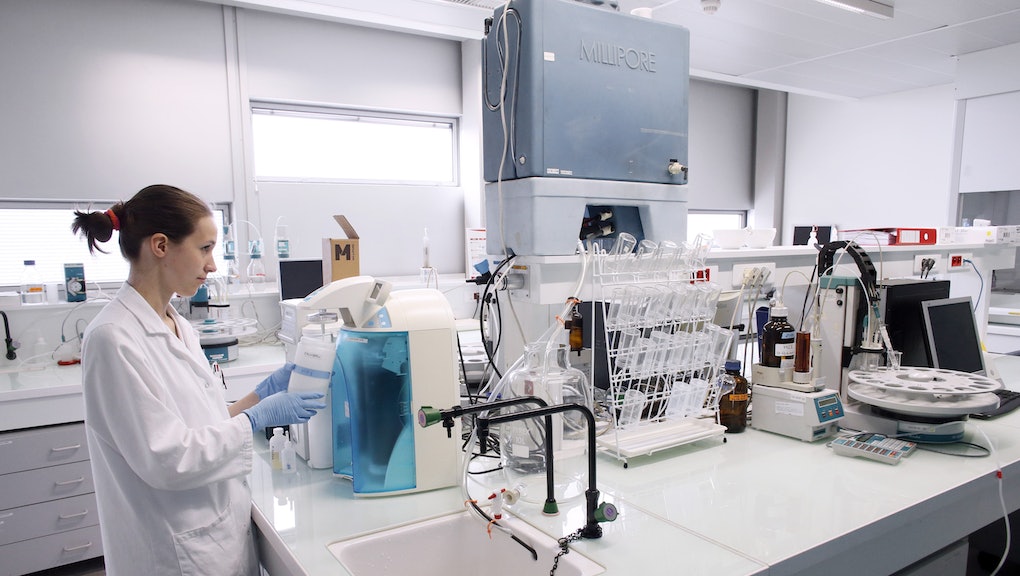 Women are holding themselves back from success — or at least that's been the thesis perpetuated by some feminist figures and research for the past few years. But new research from the University of Washington suggests the onus cannot only be placed on girls themselves.

Male students, this new study revealed, assume their male classmates are more knowledgable than their female peers, no matter their actual GPAs — a bias that in turn can tangibly alter women's academic careers in science, technology, engineering and math, the Washington Post reported Tuesday.

Researchers surveyed 1,700 students from three biology classes and found that "males enrolled in undergraduate biology classes consistently ranked their male classmates as more knowledgeable about course content, even over better-performing female students," according to the researchers. Essentially, the results indicated that male students believed "a male with a B and a female with an A have the same ability," the study's co-lead author Sarah Eddy explained in a press release.

This ultimately resulted in male biology students demonstrating 19 times more gender bias than women, who barely showed gender bias in the evaluation of their peers, according to Vox.

"For 18 years, these [young men] have been socialized to have this bias," anthropologist Dan Grunspan, one of the researchers of the report published in PLOS One, told the Washington Post, adding that being male "is some kind of boost."

It seems likely there is a correlation between these attitudes and the persistent underrepresentation of women in male-dominated fields such as STEM. Research shows that women are more likely to drop out of STEM majors than are their male peers, USA Today reported in 2013 — a pipeline problem that leads women to represent only 27.9% of environmental scientists and geoscientists and 15.6% of chemical engineers, according to a National Girls Collaborative Project report.

And this bias hardly ends in the classroom: A 2012 study demonstrated an unconscious gender bias in job candidate evaluation in the fields, and one 2015 study incredibly found that 100% of women of color face bias in STEM.

This lack of recognition, underestimation and bias "adds up," Grunspan told the Washington Post. "What does that mean for the entire collegiate experience for women in STEM?"

Additionally, this isn't the only obstacle women face in educational institutions — especially in the STEM field. Over the past few months, numerous incidents of sexual assault perpetrated by STEM professors against their female students or research assistants have come to light.

For example, molecular biologist and professor Jason Lieb resigned from the University of Chicago in January following allegations that he made unwanted sexual advances and even possibly assaulted a student. STEM professors at the California Institute of Technology, University of Arizona and University of California, Berkeley also faced allegations .

While the gender bias research depicts a depressing reality, Grunspan hopes it will motivate change.

"We need to be thinking about what that means for the future," he said in a statement.

"Students are the future policymakers in the country," he continued. "They are the people who will someday be responsible for hiring and making other important decisions."