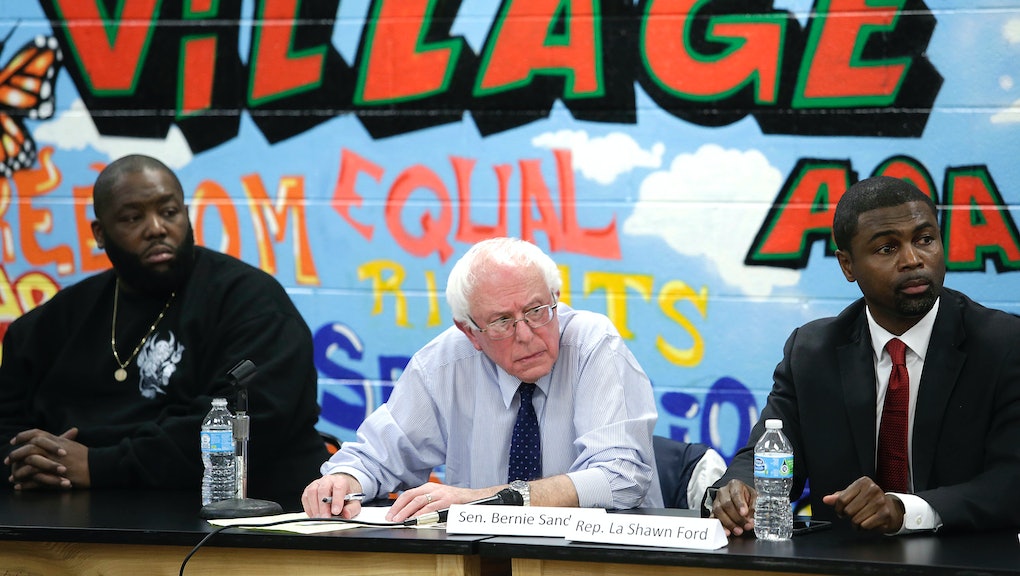 The question of gender is woven into the very thread of this presidential campaign — Hillary Clinton is the closest any woman has gotten to the Oval Office. However, after quoting a fellow activist at a Morehouse College event on Tuesday, some have expressed dissatisfaction with what they feel are sexist comments from Killer Mike and the Sanders campaign.

His comments, in context, were:

Jane Elliott is an anti-racist, feminist activist whose several appearances on the Oprah Winfrey Show have recently resurfaced and gone viral. Though Killer Mike was quoting another activist, a woman, many people felt the sentiment behind the comment was still sexist and downplayed Clinton's record as a U.S. senator, former secretary of state and boundary-breaking lawyer.

Killer Mike responded to the controversy on Twitter with five letters: "Lmfao."

You can watch the full event below, or just watch Killer Mike's comments at about 33 minutes in.

Update: Elliot responded to the criticisms towards Killer Mike.