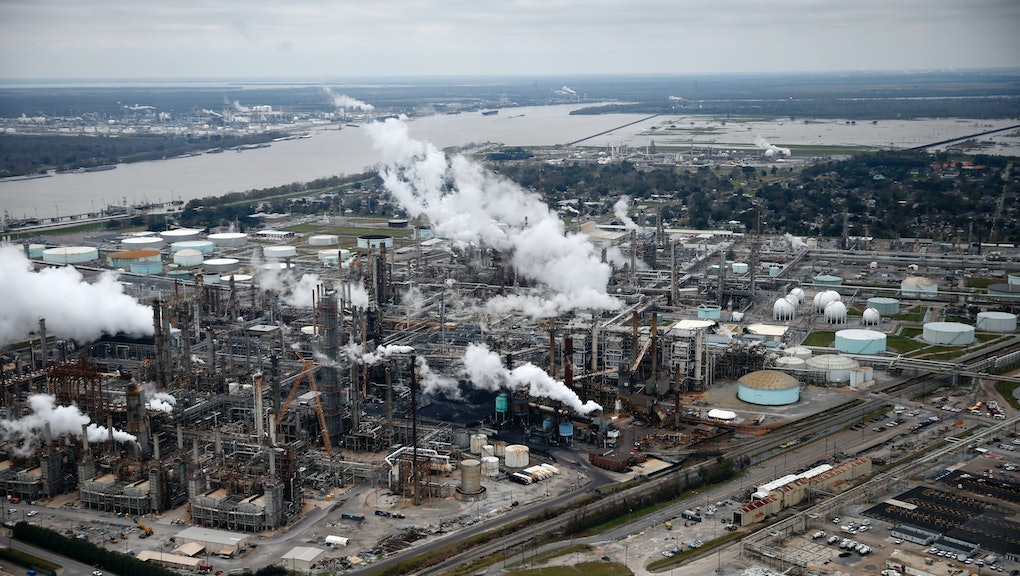 2016 Is Already Well on Its Way to Breaking Climate Records — Great Job, Humanity!

Last month was the warmest January scientists have ever directly observed, according to top international climate experts.

January 2016 "was the warmest January on record by a large margin while also claiming the title of most anomalously warm month in 135 years of record keeping," reports Climate Central. That means January beat out all previous 1,600-plus months since researchers began measuring global temperature records in the 1880s. (See the data here.)

All told, January was approximately 2 degrees Fahrenheit above what would normally be expected, beating out the record-setting month of December 2015 by a small margin, according to the site.

According to the Weather Channel, in the far northern polar latitudes, NASA-calculated temperatures were a staggering 12.6 degrees Fahrenheit above average for the month. Each of the last four months has also seen one of the "four largest monthly global warm anomalies in NASA's database."

While the extreme temperatures are likely the result of an unusually intense El Niño, an irregularly occurring weather phenomenon that warms the tropical Pacific Ocean off the coasts of Peru and Ecuador, NASA has argued the high temperatures are striking despite El Niño.

If the trend keeps up, Earth may be well on its way toward having the hottest year in recorded history — beating the record set in 2015, and before that, 2014.

"Yes, this is indeed a big deal," Pennsylvania State University climatologist Michael E. Mann told Mic in January, after the 2015 findings came out. "As I've noted elsewhere, the likelihood that two consecutive record-breakers would have happened by chance — in the absence of global warming — is less than 1 in 1,000."

"The bad news is that it's worse than a new normal," he added. "If we continue to burn fossil fuels at current rates, then there is no normal. Temperatures that were once unprecedented will become commonplace. And the new temperature records will have no counterpart, no analog, in human existence."