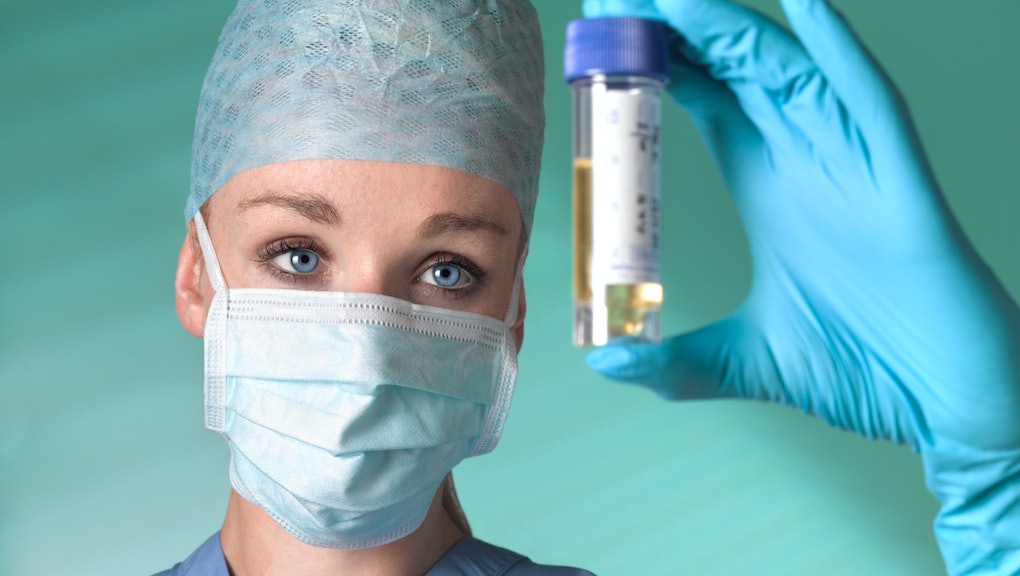 The great advantage of federalism is the fact that states can serve as miniature laboratories for public policy. If a new policy is implemented by several states, the cumulative results often provide a wealth of evidence for determining whether it makes sense for other states to pursue similar programs, whether the policy should be adopted on a federal level or if it's best to scrap the idea altogether.

In the case of drug testing welfare applicants, there's overwhelming evidence that the policy falls into the latter category.

Read more: Tennessee's Drug Testing Program for Welfare Recipients Is Still as Ineffective as Ever

A new set of data out of North Carolina's drug testing program, reported by Vox, is the latest indication that applicants for public assistance are extraordinarily unlikely to test positive for illicit drug use. It's part a multi-state trend that demonstrates that people seeking welfare are either far less likely than the general population to use illegal drugs, are being scared off from seeking public aid because of their knowledge of the drug screening process or are lying during the screening process.

Regardless of which of these factors accounts for the astonishingly low numbers coming out of many states' drug testing programs, it suggests that the policy is wasteful and, in some cases, undermines some of its very stated goals.

The report: According to Vox, North Carolina's law requiring public aid applicants to be screened and possibly tested for drug use began last August. From August through the end of 2015, about 7,600 applicants were screened, 150 of whom were then referred for testing. Just 21 tested positive, meaning 0.3% of applicants tested positive for illicit drug use.

The 0.3% figure is even smaller than one might think, since the drug screening process is intended to find evidence of abuse. Testing positive for illicit drug use will indicate that someone has used a drug, but it doesn't in and of itself serve as proof that a user is consuming an illicit drug frequently or compulsively. The drug use rate also doesn't capture the nuances of the kinds of drug use that are occurring — marijuana consumption has completely different implications than heroin use.

In any case, the number is much, much lower than illicit drug use for the general population in the state, which stands at roughly 9%. Assuming that the 0.3% is an accurate measure of drug use among welfare applicants, it seems the poor are not the ones North Carolina should be taking extra measures to monitor.

The almost undetectable rate at which aid applicants are testing positive for drug use should be a red flag.

But the number is likely an inaccurate reflection of the actual rate of drug use. Some applicants drop out of the public aid process when they learn they're going to be screened, and some aren't applying at all because of the possibility of drug tests. Some could be taking a gamble and lying on the test out of desperation for assistance. Given that part of the purpose of the program is to help direct the poor to drug treatment services, the fear of losing aid is in fact the very thing preventing them from taking the steps needed to address their drug use.

Unlike in some other states, North Carolina's policy doesn't withhold aid from the poor who test positive for drug use, but it decreases the amount of cash assistance it offers to them. They then have the option to follow through on a referral for a drug treatment program and re-take the test, which must be taken at their own expense.

This isn't surprising: North Carolina's results are not exceptional. In Tennessee, a recent release of data showed 0.17% of tens of thousands of welfare applicants testing positive for illicit drug use. A report on Arizona's drug testing regime found literally one positive result after screening more than 87,000 applicants for public aid in its first three years. One analysis of data from seven states that engage in the practice found that in every state except one, applicants were testing positive for drug use at sub-1% rate. All of these numbers are dwarfed by the illicit drug use rate of the general population, which stands at around 9%.

The almost undetectable rate at which aid applicants are testing positive for drug use should be a red flag. To the extent that there are problems of heavy drug abuse among aid applicants — which there's little reason to believe at this point — policies that are premised on the threat of taking away a lifeline is likely going to be the last thing to help solve that problem.