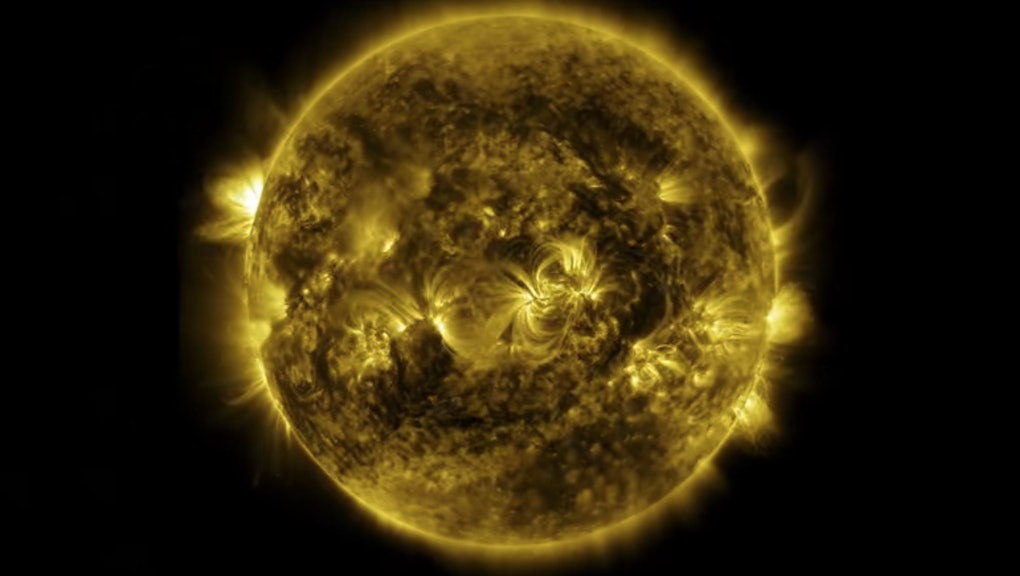 Most people rarely stop and look at the billions-year-old fireball in the sky if for no other reason than to avoid temporary blindness. Now, however, NASA is saving you the pain with a yearlong time lapse of the sun and detailed play-by-play of just what goes on up there.

Read More: The Doomsday Clock Has Been Updated With the Latest on the End of Humanity

The time lapse was recorded every day of 2015 by NASA's Solar Dynamics Observatory.

"What we're looking at right now is imagery from the Solar Dynamics Observatory," Nicholeen Viall, a solar physicist at NASA's Goddard Spaceflight Center, says in the video. "All of the dynamics and activity that's going on in the solar corona — the sun's atmosphere — which is what I study."

Speaking over a Philip Glass-esque score, Viall proceeds to lead an explanation of the different workings of the sun, going over filaments, magnetic loops, prominence, active regions and "coronal mass ejections."

Viall also talks about unresolved issues, including why the solar corona is significantly hotter than the sun's surface. "We know that it has to do with a magnetic field, which is constantly dynamic and evolving and ejecting energy into the solar corona," she says.

So come for the trip, stay for the knowledge — and for the love of God, wear sunscreen.