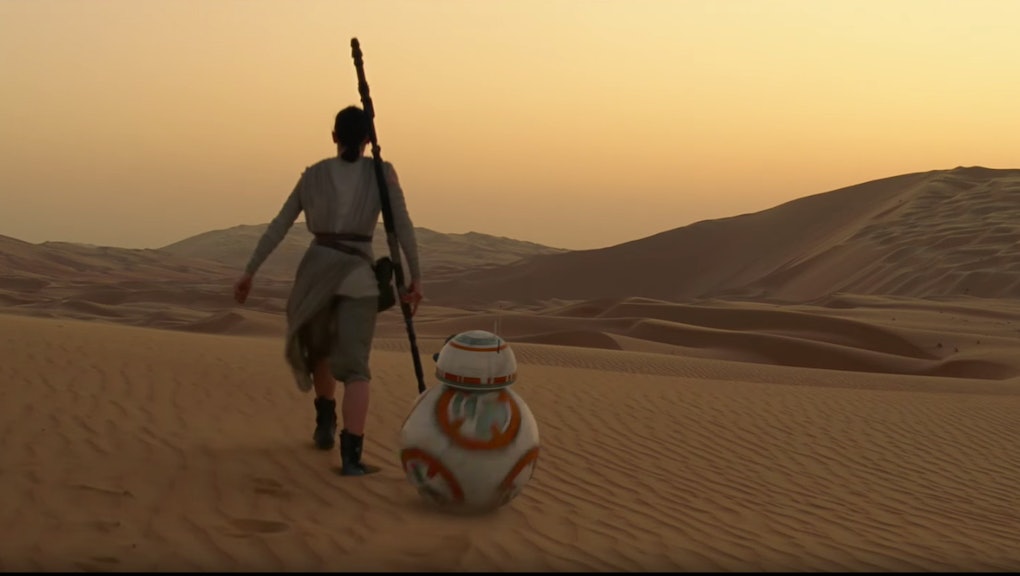 Why ‘Star Wars: The Force Awakens’ Didn’t Get a Best Picture Nomination at the Oscars

For the seventh time, Lucasfilm took audiences to a galaxy far, far away, as Star Wars: The Force Awakens captured the attention of moviegoers across the world this past December. It holds the title of highest-grossing film ever released in the United States, while also performing well globally — at the time of publication, in third place for the highest-grossing film of all time.

It's not surprising that a Star Wars film had a strong box office showing, but its now-historic success can certainly be attributed to its enthusiastic critical reception — the best in the franchise since The Empire Strikes Back. Yet even with the impressive numbers and critical acclaim, The Force Awakens was not nominated for best picture at the Academy Awards.

Getting ignored by the academy doesn't make the film worse — far from it. Rather, it's part of the Oscars' penchant for nominating indie films and small productions, favoring them above big-time blockbusters. That said, the recent rule changes for the best picture nominations, coupled with other blockbuster films earning nominations, demonstrates inconsistency by academy voters — at least this year.

Since 2009, when the The Dark Knight and Wall•E — high-budget, blockbuster films that were well-received and compelling in their own right — were snubbed for best picture, the academy changed its rules to include anywhere from five to 10 films to make this list each year (in 2009 and 2010, it was a mandatory 10).

"If the populist film is really good technically, artistically and performance-wise, then it could get in," an anonymous member of the academy said in an interview back then with the Los Angeles Times. "It can't just be commercial. I don't think you're going to see Bridesmaids. But the [Dark Knight] example that's always used — this does allow for a film like that."

This rule change has proved to be successful. The likes of Inception, District 9 and Avatar have received best picture nods, with the latter also becoming the highest-grossing film of all time on a global scale. Even this year, The Martian and Mad Max: Fury Road were nominated, and both had production budgets over $100 million.

Yet The Force Awakens missed this nod, particularly surprising given the historical context of high-grossing films. According to Vox's Todd VanDerWerff, The Force Awakens is the first film to take over the top spot in the U.S. box office and not earn the prestigious nomination.

"That probably has something to do with how late it screened for critic and industry audiences, but it also reflects the Oscars' general reticence to embrace sequels (unless they're Mad Max: Fury Road apparently)," VanDerWerff wrote.

Fury Road was also lauded for several factors that The Force Awakens shares. Both films had a strong, compelling female lead — Imperator Furiosa in Fury Road and Rey in The Force Awakens —  and relied heavily on practical effects and real set locations over studios.

But the discrepancy might be explained by the fact that Fury Road had a head-start by being released earlier in the year. "[Fury Road] had a credibility-boosting premiere at the Cannes Film Festival, and rave reviews that surpassed those for The Force Awakens, and months of reminders that it was the year's freshest, sharpest action flick," Steve Pond wrote for the Wrap. "It had become the big, loud and artful movie that Oscar voters had to reckon with long before The Force Awakens showed up."

In fairness, The Force Awakens does boast five Academy Award nominations in lower-ballot categories — including best original score for John Williams — so it wasn't entirely snubbed by the Oscars.

However, using Fury Road's success as a lens to the Oscars' decision-making process, The Force Awakens deserved more appreciation from Hollywood's biggest awards show. After all, if Star Wars has taught us anything, we should never underestimate the power of the Force.