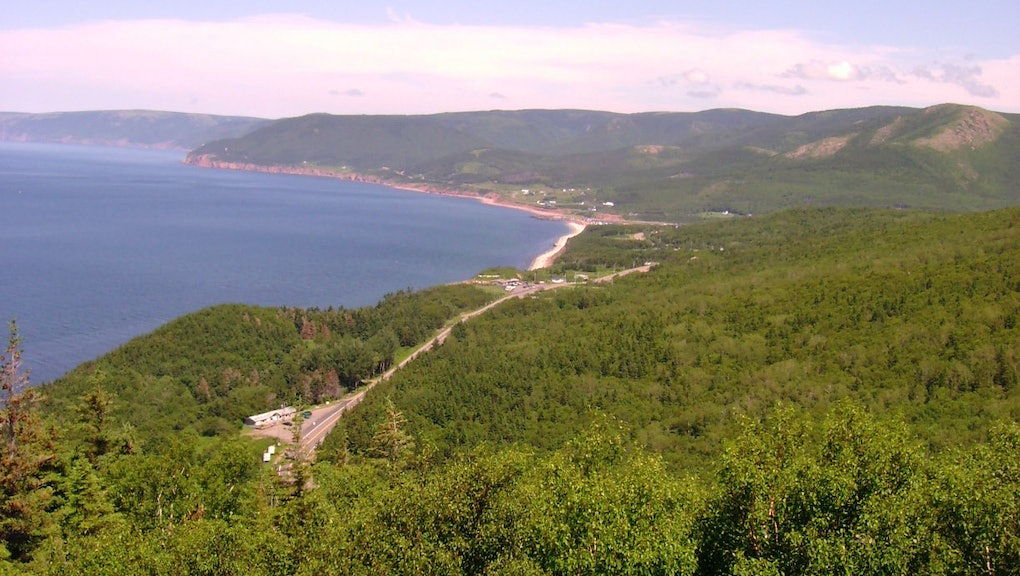 "Give me your tired, your poor, your huddled masses yearning to breathe free." Free, that is, of Donald Trump.

While these words were once meant to welcome immigrants to the United States, Canadian radio host Rob Calabrese of Cape Breton, Nova Scotia, has a similar, if less poetic, message for Americans fearing a Trump presidential victory in 2016.

"Hi, Americans!" his official website reads. "Donald Trump may become the President of your country! If that happens, and you decide to get the hell out of there, might I suggest moving to Cape Breton Island!"

Read More: If You're Freaking Out About How Hot Canada's Prime Minister Is, You Should See This

Calabrese launched the site on Monday, telling CBC News he's capitalizing on what's become an election year motto for fearful voters. "Every American election, you have a group of people — usually Democrats — who say, 'That's it, I'm moving to Canada' if a Republican wins," said Calabrese. He believes the Nova Scotia island is as good an option as any.

The island is beautiful, the cost of living reasonable and it could use a few more people, wrote Calabrese.

Then come the real selling points:

"Start now, that way, on Election Day, you just hop on a bus to start your new life in Cape Breton, where women can get abortions, Muslim people can roam freely and the only 'walls' are holding up the roofs of our extremely affordable houses."

While Calabrese's website is meant to be tongue in cheek, he told CBC that more than a few people have expressed interest, among them a Cornell University professor.

The sincere interest has surprised Calabrese, according to CBC. "They're asking genuine questions about things like the immigration process, the economics," he said. "It's been taken seriously by some people, which is great and not intended, but I'm going to help them out as best I can."

Anyone looking for more information can contact Calabrese through a form on the site, which advertises a "dedicated team of volunteers ready to help you take the first steps to your new life in Cape Breton."

Act now before vacancies fill up. Lord knows they will.