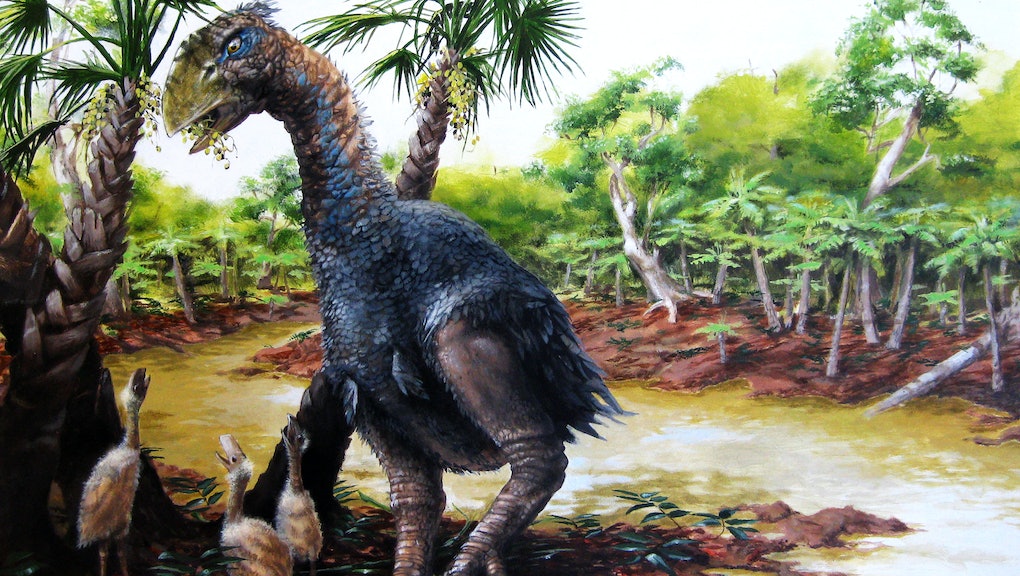 Thought only hipsters could possibly be interested in soy "meat"-balls with cashew cheese and raw celery sauce? Think again.

Today's kale lovers would have found an ideal dinner date in the Gastornis, a massive, flightless prehistoric bird that roamed the Arctic and — believe it or not — was vegan.

Researchers at the Chinese Academy of Sciences in Beijing and the University of Colorado Boulder have described the ancient bird for the first time, using a single toe bone collected from Ellesmere Island in the 1970s. The bone was a "dead ringer" for fossils belonging to a large bird found in Wyoming, according to UC Boulder's News Center.

The researchers' findings were published this month in Scientific Reports.

The Gastornis spent its winters on Ellesmere Island, a Canadian island north of the Arctic Circle, around 53 million years ago. The throes of the Arctic may seem like an odd winter destination, but at the time, Ellesmere Island's climate was probably similar to present-day cypress swamps in the U.S., according to UC Boulder.

The Gastornis was reportedly 6 feet tall, weighed hundreds of pounds and had a head the size of a horse's. Based on this artist's rendering, the Gastornis looked pretty much like the product of a night of passion between a Tyrannosaurus rex and an ostrich:

But here's the wackiest part: The Gastornis loved chowing down on vegan fare.

The jaw anatomy of the Gastornis "suggests that it fed on tough plant material," the researchers wrote. That made sense, given the Arctic winter forage at the time — "wood and leaf litter, fungi and evergreen conifers," according to the paper.

But this isn't just an opportunity to poke fun at a goofy-looking vegan bird of yore. Thanks to climate change, our Arctic regions are getting warmer — which means this type of research could hold clues about the future of our planet.

"Permanent Arctic ice, which has been around for millennia, is on track to disappear," researcher Jaelyn Eberle said, according to UC Boulder. "I'm not suggesting there will be a return of alligators and giant tortoises to Ellesmere Island any time soon. But what we know about past warm intervals in the Arctic can give us a much better idea about what to expect in terms of changing plant and animal populations there in the future."