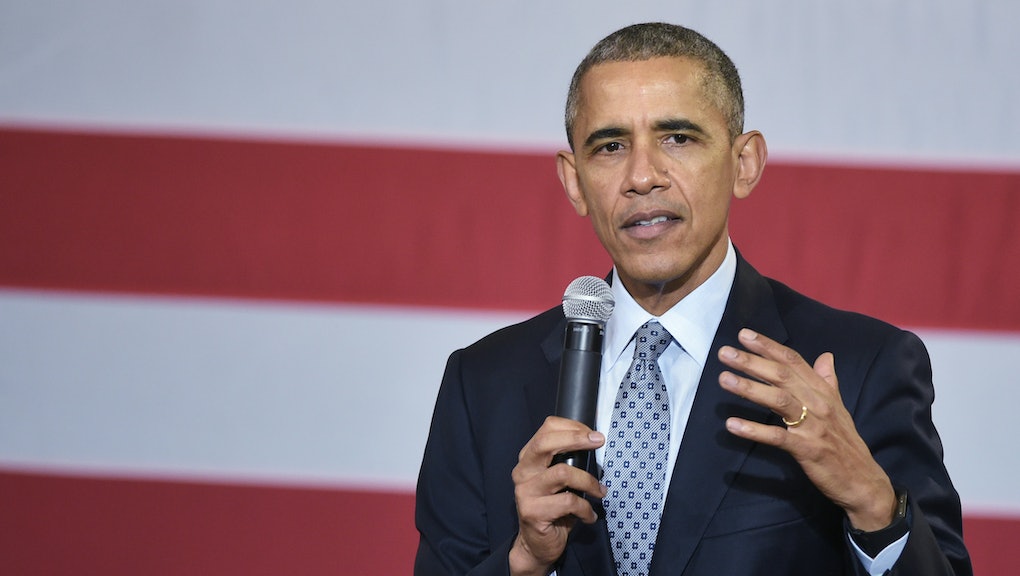 Abstinence-only sex education doesn't work. Countless studies, experts and anecdotal accounts have proven this. Yet billions of federal dollars have been spent on these programs. But, thanks to President Barack Obama, this will no longer be the case: The president not only eradicated abstinence-only-until-marriage funding but also increased funds for the Teen Pregnancy Prevention Program in addition to other comprehensive programs in the 2017 fiscal budget proposal, according to a Feb. 9 Sexuality Information and Education Council of the United States press release.

"After three decades and nearly $2 billion in federal spending wasted on this failed approach, the president's proposed budget increases support for programs and efforts that seek to equip young people with the skills they need to ensure their lifelong sexual health and well-being," SIECUS vice president for policy, interim president and CEO Jesseca Boyer said in the statement.

Read more: These Dads Giving Honest Sex Advice to Their Kids Are Changing the Sex-Ed Game

Plenty of research backs Obama up. Studies have proven abstinence-only sex education is ineffective, and research has shown that educating children about sex has no correlation with earlier onset of sexual activity and sometimes even delays sexual activity. Additionally, teens who receive comprehensive sex education are 60% less likely to get pregnant or impregnate someone else, according to one 2008 study.

As Bustle noted, over 80% of Americans support a "blended" sex education curriculum that at least acknowledges contraception. However, the chances of this budget successfully passing through a Republican-dominated Congress are dubious.

Hopefully lawmakers will take note of the facts — and the serious implications of sex education.

John Oliver succinctly talked about abstinence-only sex education in August. "There is no way we'd allow any other academic program to consistently fail to prepare students for life after school," he said. "And human sexuality, unlike calculus, is something you actually need to know about for the rest of your life."