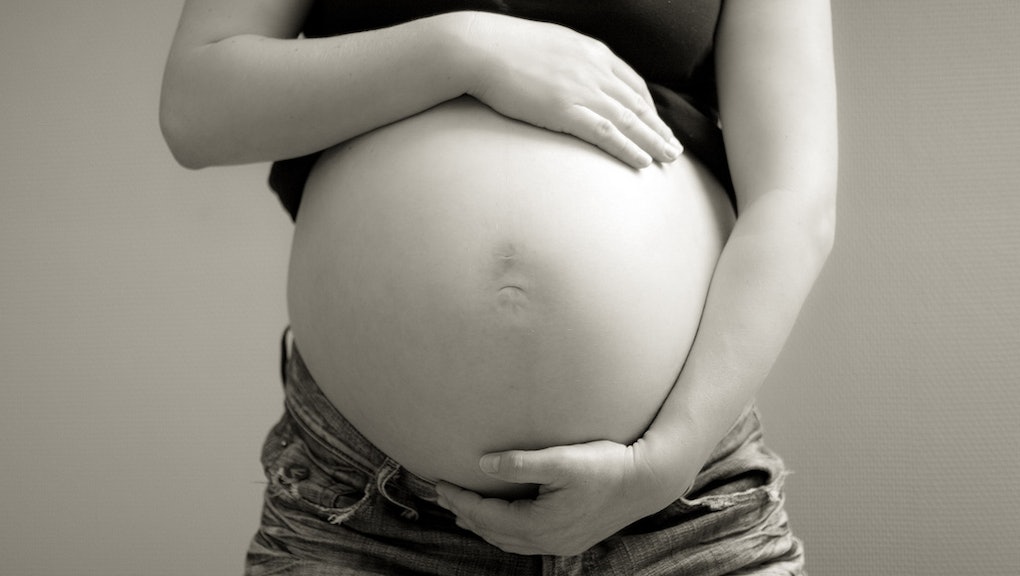 Can You Smoke Marijuana While Pregnant? Here's What Experts Have to Say

By now, it's common knowledge that smoking cigarettes or drinking alcohol while pregnant is dangerous for the fetus. In November, the American Medical Association — which actually opposes marijuana legalization in general — began to lobby for pregnancy and breastfeeding warnings to be written on medical and recreational marijuana products throughout the nation, according to CBS News. Many states and dispensaries already warn pregnant people about using marijuana products.

Many people use marijuana to help aid in relieving the symptoms that come with pregnancy, such as morning sickness and loss of appetite, Vice reported.

Marijuana is the most commonly used illegal drug, but according to Healthline, using it while pregnant is an understudied practice. The National Institute on Drug Abuse links THC – the compound in marijuana that gives users a high – to cognitive and behavioral problems such as trembling and poor memory. Other observational studies, using samples from Australia and the U.K., found no fetal harm from marijuana exposure.

Read more: How Does Smoking Marijuana Affect Your Lungs? Here's Why the Answer Is so Conflicting

Many of the experimental studies use mice, rats or human fetal tissue instead of actual humans, which may affect the relevancy of their results, Forbes reported. For example, Live Science reported that a 2014 study using mice and human tissue found that THC does hinder the connection between nerve cells in the cerebral cortex, which is important for thinking and memory. It's unknown exactly why, but it could be because the baby's brain is not yet developed and still sensitive.

A 2013 observational study found marijuana most often when studying the umbilical cord blood from stillborn infants. However, the researchers noted that this correlation does not definitively tie marijuana use to stillbirth.

It's unclear whether or not an edible is a safer choice to consume marijuana, as THC still becomes prevalent in the system (despite avoiding the tar from smoking).