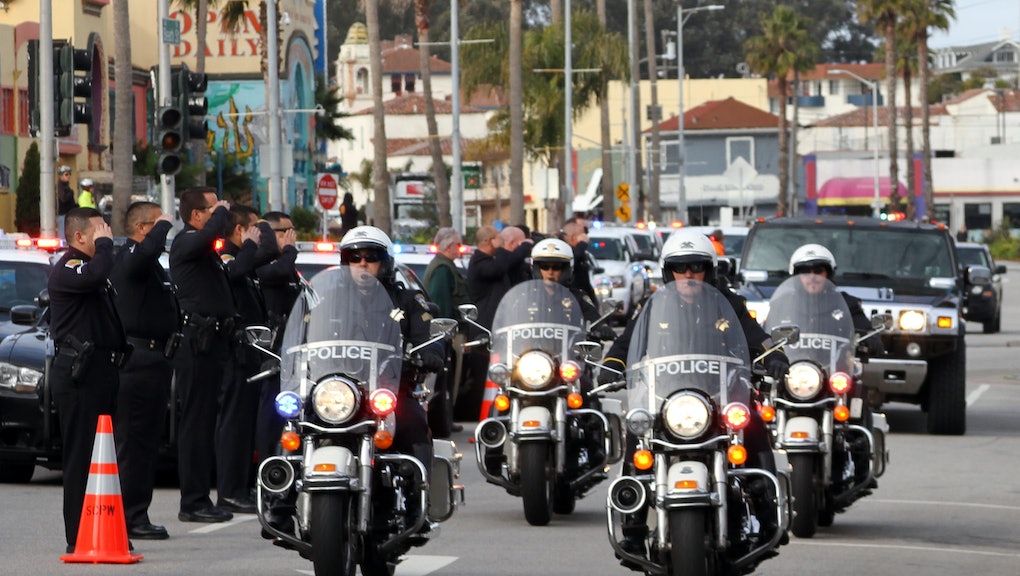 Between December 2008 and March 2011, the men, who were partners, allegedly assaulted four women between the ages of 19 and 34 after arresting them for narcotics-related offenses, frequently while on duty, according to the same report.

Nichols, 44, and Valenzuela, 43, are the same former narcotics officers who were previously investigated for "luring [women] into an unmarked car and forcing them to perform sex acts" over a five-year period, the Los Angeles Times reported in 2013. The investigation against these officers only gained traction when multiple women came forward — one alleged survivors told the Los Angeles Times she didn't immediately report the incident because "she felt humiliated, thought no one would believe her and feared for her safety."

This revelation comes in the wake of the conviction and sentencing of former Oklahoma City police officer Daniel Holtzclaw, who will serve 263 years in prison for 18 counts of sexual battery, forcible oral sodomy and rape, Mic's Zak Cheney-Rice reported in January. The women involved in Holtzclaw's case were also presumably selected based on assumptions that they wouldn't be believed. As the Daily Beast's Goldie Taylor wrote, Holtzclaw's "black and poor" survivors "were picked because the perpetrator thought nobody would give a damn."

These incidents are examples of a broader pattern. In a yearlong study conducted in 2015, for example, the Associated Press found that 1,000 officers lost their law enforcement licenses due to rape, sodomy, or other forms of sexual assault over the course of a six-year period.

Nichols and Valenzuela will now be arraigned on Thursday and bail will likely be set at $3.83 million and $3.76 million, respectively, according to NBC Los Angeles. The two face up to life in state prison.