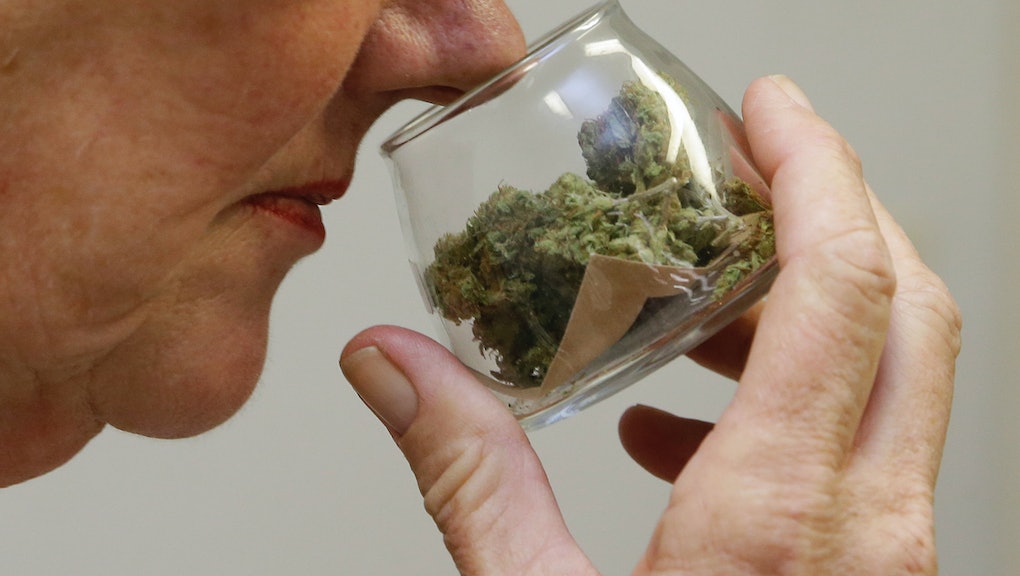 For ages, marijuana has been used as treatment for a flurry of health problems, ranging from pain relief to epilepsy to glaucoma, according to the New York Times. However, concrete scientific evidence supporting marijuana's medical efficacy is hard to come by, and this gray area extends into marijuana's association with causing and preventing cancer.

"While the studies so far have shown that cannabinoids can be safe in treating cancer, they do not show that they help control or cure the disease," according to the American Cancer Society, which recommends not relying on marijuana alone as treatment.

Read more: How Does Smoking Marijuana Affect Your Lungs? Here's Why the Answer Is so Conflicting

Marijuana has over 85 cannabinoids (the most well known being THC, or tetrahydrocannabinol, and CBD, or cannabidiol) that bind to and modify cell receptors in the brain. One study showed that cannabinoids could possibly help kill or reduce the growth of cancerous cells, particularly with brain cancer, according to the Washington Post.

A 2006 study found that smoking marijuana regularly did not cause lung cancer, and that it may have a "protective effect," according to the Washington Post. In this study, THC was found to possibly kill aging cells before they could become cancerous. In fact, there is little evidence that marijuana causes cancer the way smoking tobacco does, the New York Times reported in 2014.

Using marijuana alongside radiation has also been found to be beneficial in reducing cancer cells, according to Cancer.gov. A report from the National Institute on Drug Abuse found that, in mice, cannabis "increased the cancer-killing effects of the radiation."

Medical marijuana can be effective in relieving the harsh side effects of chemotherapy, such as nausea and vomiting, the American Cancer Society said.