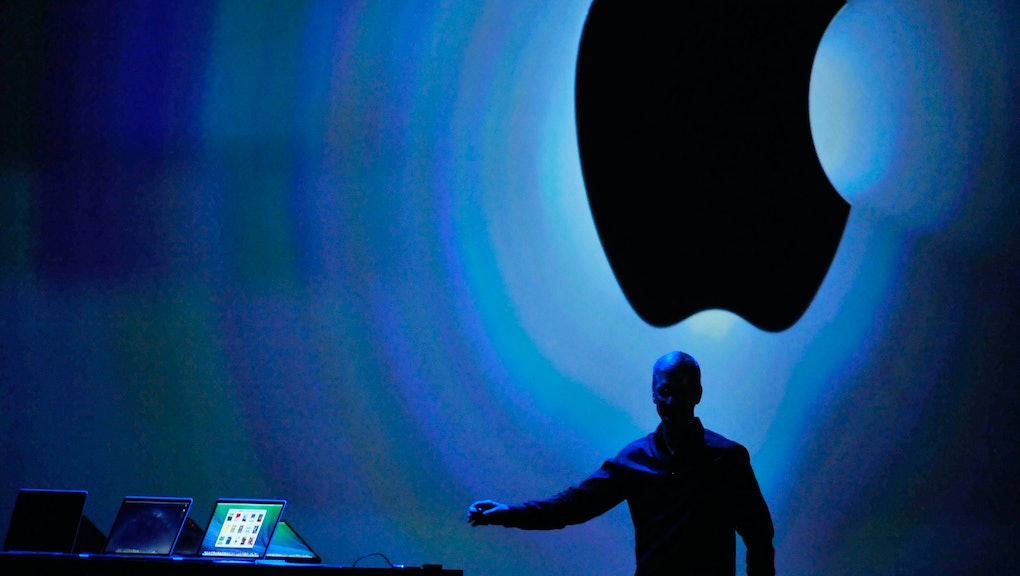 Before You Crown Apple the People's Champion Against the FBI, Read This

Have you heard the news? A U.S. court ordered Apple to help the FBI get into the phone of a San Bernardino shooter. In a corporate press release hyped up as a "rare open letter," Apple said they would be fighting this decision tooth-and-nail. The crowd cheered.

Edward Snowden has already declared it to be the "most important tech case in a decade" — ignoring Supreme Court cases that put major restraints on invasive technological surveillance, along with numerous challenges to overbearing copyright legislation that has driven beloved activists to suicide.

But the Apple letter is based on sensationalism and muddled language, almost as if thousands of articles and Facebook fans would crown them as the people's champion.

Here's what the FBI actually wants: The FBI wants to get into the locked phone. They can try to brute-force the lock, which means just guessing a bunch of passcodes until one works. Of course, with the right privacy guards, this action could wipe the phone entirely.

So the FBI is asking Apple to take the phone and update it with a special version of iOS to remove the feature so that they can brute-force the lock without erasing the phone, likely by hooking up a special machine that guesses passwords rapidly.

Apple says this software installation is like "hacking" a phone. By Apple's definition, though, your phone is efficiently and automatically hacked every time Snapchat or Facebook updates its app: New software is installed. Apple asks me if they can hack my laptop every day. I click "Remind me tomorrow."

Some have confused this as a fight over encryption (the algorithms that protect our information from snooping). This is because Apple's press release has a section on the "need for encryption," a subject on which Tim Cook has been outspoken over and over again. You have to wonder why this section is there in the first place except to confuse the issue.

If the FBI were asking for Apple to break its encryption, it would be both egregious and technically impossible. That's not what's happening.

Imagine the San Bernardino iPhone is a room made of bulletproof glass, which in this metaphor is the encryption. The FBI is not asking for a special bullet that breaks the glass. It's asking Apple to let it in through the door. Specifically, the FBI wants Apple to change the locks on that specific room (not every room in the world) so that the FBI can get in.

Shouting fire in a crowded theater: Many are already calling bullshit. Apple claims that any system allowing the FBI to get into a select few phones would eventually become available to anyone in the world. Information security specialists at companies like Trail of Bits have written long, plain-English explainers on how this could be done quite safely, all behind closed doors without ever leaving Apple's campuses.

And beyond the complicated technological argument, there's the legal theory championed by Apple, the ACLU, the EFF and other privacy hawks that this is a landmark breach of privacy that will open the floodgates for unforeseen breaches of our hidden lives.

The truth is that there is a protection in place: a warrant. We should fight to make warrants difficult to obtain. But the real unprecedented feat is the idea that a corporation like Apple should be able to prevent our law enforcement from carrying out a lawfully obtained warrant.

"[B]ear in mind: at no period in American history has there ever been any personal information, let alone any whole class of information, that was ever considered wholly immune to government access," techie and product manager Blair Reeves wrote on Medium. "The government has been wiretapping for a century. The FBI accessed bank records to catch mobsters in the '30s. Location tracking — ?the old-fashioned way, in person — ?is as old as government itself."

If the argument is that the FBI has far-reaching power, and must be held in check, that is an argument worth having. It is happening all of the time. But it's disturbing that the answer for many privacy activists is to shore up corporate powers. Because as a public relationship campaign, it's working.

Goliath and Goliath: On my Facebook feed, the most shared story about this legal battle is Apple's own letter. It's the most heavily shared corporate press release in recent memory. Look no further than Apple's biannual megachurch-style product launches to see how the company has become a master of skipping past journalists and streaming its message directly to its loving fanbase.

It's almost a fool's errand to try talk sense and come out looking like a good guy. You're either defending a corporation that doesn't care about you, or you're defending the FBI. In a nuanced debate between corporations and government in uncharted legislative territory, we've already chosen to frame it as a David and Goliath story.

David, in this case, is the richest company in the world. If something strikes you as odd here, consider that David wrote the story.