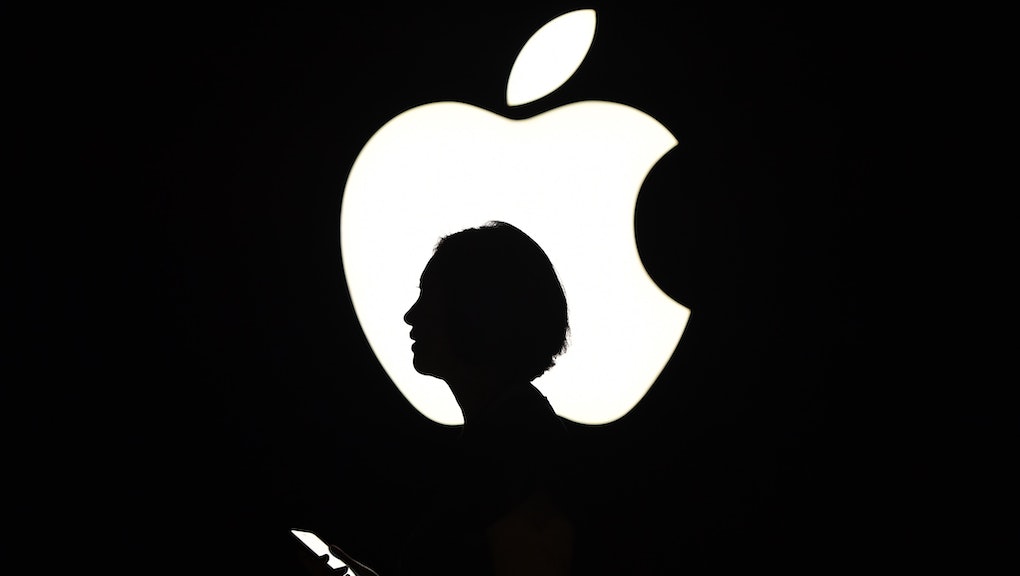 What Is Encryption? Here's More on the Technology at the Center of the Apple-FBI Faceoff

This week, Apple CEO Tim Cook published an open letter addressed to the company's customers, though the document read more like a public address aimed at the government. Following the Dec. 2 home-grown terror attack in San Bernardino, California, where 14 people were killed and 22 were injured, the FBI asked Apple to help unlock one of the shooter's iPhones. Apple's letter revealed that the U.S. government had asked the company to build a "backdoor" into the iPhone operating system. Apple wrote that building that technology would jeopardize data security. After the letter began to circulate online, a conversation about the government's right to Americans' personal mobile device data followed, as did questions about encryption.

In light of the debate, here's your guide to decrypt what encryption is all about.

Interestingly, the word "encryption" has roots in the Greek language — the word kryptos translates to "hidden" or "secret."

During encryption, data is scrambled to an unrecognizable form, Tech Terms explains. The only way to decode the original message is to also have access to the key, which can be used to algorithmically unlock the scrambled data. Encryption is used in any number of digital scenarios. For example, any time a credit card is used online to make a purchase, the information attached to that card is protected through encryption. Without the key, encrypted information is worthless. Likewise, Apple uses encryption on its iPhone to keep mobile users' data private.

"Some would argue that building a backdoor for just one iPhone is a simple, clean-cut solution," reads Apple's statement. "But it ignores both the basics of digital security and the significance of what the government is demanding in this case."

The statement continues, "In today's digital world, the 'key' to an encrypted system is a piece of information that unlocks the data, and it is only as secure as the protections around it. Once the information is known, or a way to bypass the code is revealed, the encryption can be defeated by anyone with that knowledge."

While some were quick to jump behind Apple and applaud the tech firm for addressing the implications of the FBI's request head-on, some think that the message missed a crucial point. As Mic previously reported, some think Apple's argument is untrue, and that the firm's claims could escalate an already contentious (and sometimes legally ambiguous) debate about the public's expectations of digital privacy.

Some have argued that the technology does exist for Apple to build the sort of solution the government has asked for, meaning the solution would allow the FBI to unlock the specific phone in question without putting the privacy of all Apple iPhone users at risk.

Encryption is a major issue for big tech companies, and so, perhaps unsurprisingly, Google CEO Sundar Pichai has sided with Apple, the Verge reports.

"We know that law enforcement and intelligence agencies face significant challenges in protecting the public against crime and terrorism," he continued on Twitter.

Though encryption itself and the digital privacy debate are divisive, one thing is clear: in this particular fight, consumers need to understand how tech companies are protecting (or not protecting) their information.