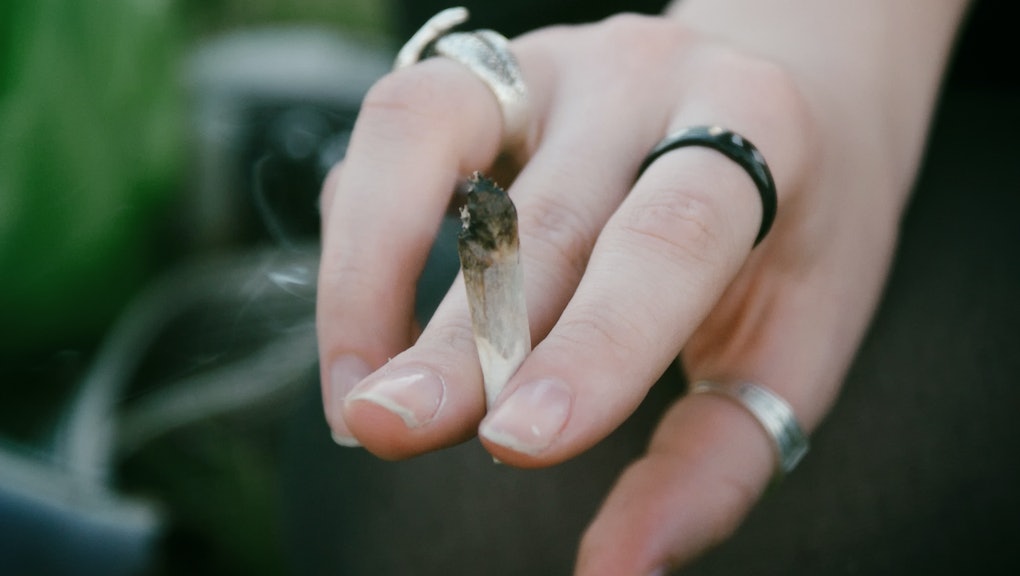 Marijuana doesn't get the best rap when it comes to mental health. Past research has shown it causes short-term paranoia. Another study found that high-potency cannabis — or "skunk" — could be directly responsible for one in four new cases of psychotic disorders, such as schizophrenia.

But the results of a new, widespread study offer some slightly more chill news: Despite what you may have read, cannabis does not increase your risk of developing mood or anxiety disorders.

Countless people report feeling anxious when they use marijuana. "Does anyone else get really bad anxiety when smoking weed?" one marijuana user asked Reddit. "It sort of seems like my anxiety started to come out much more after smoking weed for a while."

"During prom I ate an edible, had a panic attack and hid in the bathroom for three hours," another user responded.

And yet, when the researchers adjusted their findings for several covariates, they found "cannabis use was not associated with increased risk for developing mood or anxiety disorders," according to the study.

"During prom I ate an edible, had a panic attack and hid in the bathroom for three hours."

But the findings weren't all positive. Weed may not increase your likelihood of developing an anxiety disorder, but it was linked to a "significantly increased risk for developing alcohol, cannabis and other drug use disorders," according to the study. That included nicotine dependence, too.

When it comes to the gradual legalization of marijuana across the U.S., the researchers suggested that policymakers should take their findings into account.

"Our findings suggest caution in the implementation of policies related to legalization of cannabis for recreational use," the researchers wrote, "as it may lead to greater availability and acceptance of cannabis, reduced perception of risk of use and increased risk of adverse mental health outcomes, such as substance use disorders."