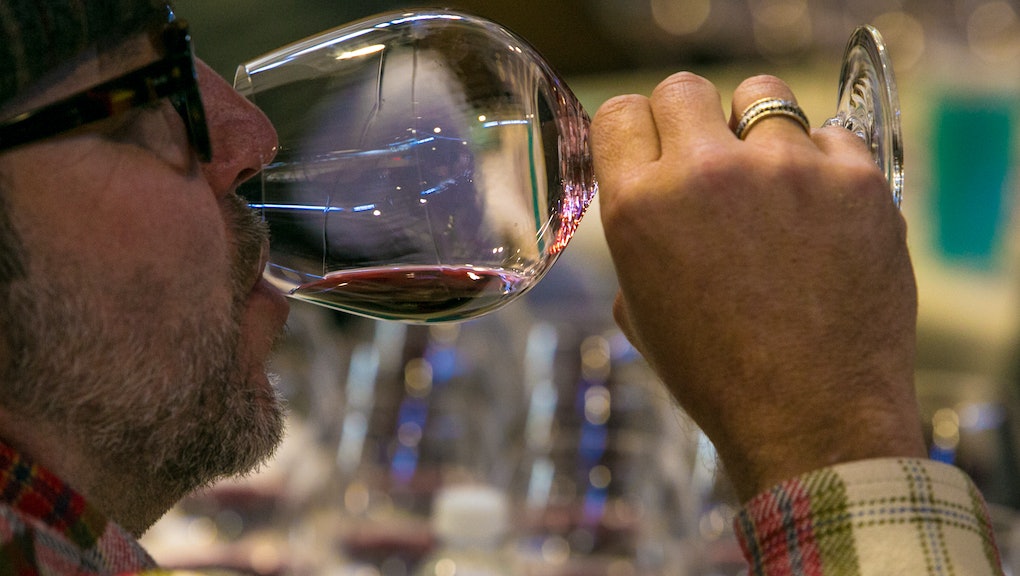 Does Red Wine Make You Live Longer? The Answer May Surprise You

A 107-year-old man who died in January credited his longevity to drinking a lot of red wine (four bottles a day). People have long said red wine makes you live longer (usually while excusing themselves for drinking too much red wine).

Not that it's going to change our copious red wine consumption, but the supposed fountain of youth may be no such thing. Contradicting studies over the past several years have yet to conclude whether resveratrol, an antioxidant compound in red wine that's been studied for several possible benefits, including inhibiting cancer development and preventing cells from aging, has any influence on longevity.

A recent study, conducted by researchers at Johns Hopkins University School of Medicine, found no link between mortality and red wine consumption in a sample of 783 adults ages 65 and older. Researchers tested the subjects' urine for resveratrol, then followed up with them for nine years and found no evidence to support the compound's supposed life-extending benefits.

Read more: New Study Shows How People Who Vape May Be Making Themselves Sick

But nutritionist Dr. Melina Jampolis told Women's Health not to write off the possibility that red wine can make you live longer yet. "Nutrients don't work in isolation," she said. "Just looking at one and at certain health endpoints in a relatively short period of time — heart disease and cancer usually develop over decades, and this study only looked at nine years — would not likely show a strong effect for just one nutrient."

Other studies' contradict the disappointing Johns Hopkins study. A 2012 study using resveratrol on mice found that the compound enhanced mitochondrial function (turning cell nutrients into energy) that can slow down cell aging and help prevent diabetes and Alzheimer's disease.

A similar study on mice at Harvard University found that injecting the rodents with resveratrol increased their lifespan by a whopping 25%. Furthermore, it provided benefits like increasing memory, reducing fat cells, inhibiting cancer, vascular disease and brain deterioration, according to neurosurgeon Joseph Maroon's 2008 book The Longevity Factor: How Resveratrol and Red Wine Activate Genes for a Longer and Healthier Life.

If the anti-aging benefits of resveratrol are true, there's no need to eagerly gulp down red wine for breakfast, lunch and dinner. The compound is also found in peanut butter, dark chocolate, blueberries and obviously red grapes.