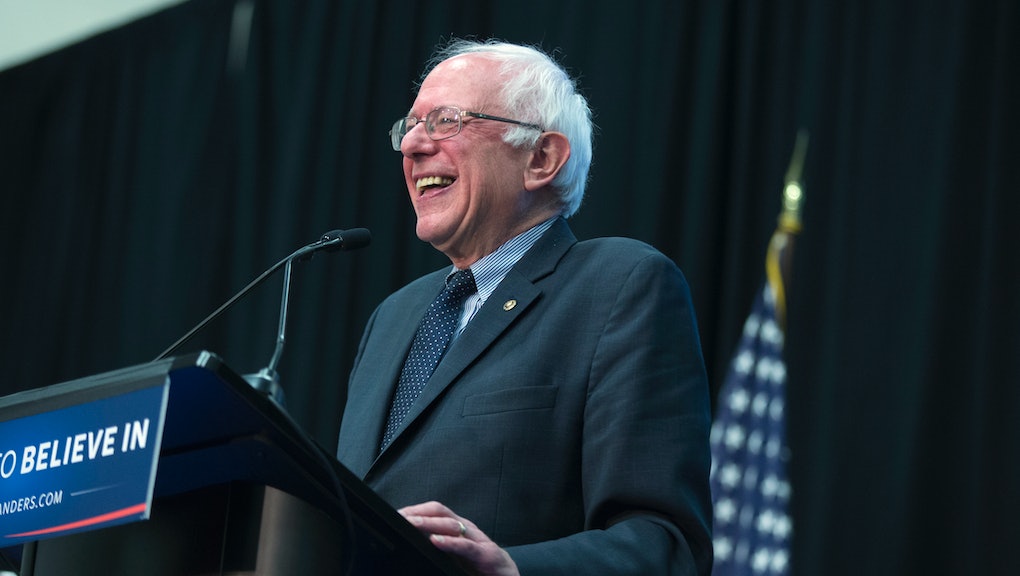 With nearly 300 casinos across their state, Nevadans know a thing or two about gambling. And as the state's Democratic caucuses on Saturday draw near, Hillary Clinton's campaign is nervously awaiting the outcome of a political gamble that now looks riskier than ever.

Earlier in the campaign, as polls started to show the Democratic presidential frontrunner locked in competitive contests with Sen. Bernie Sanders (I-Vt.) in Iowa and New Hampshire, Clinton allies soothed themselves with the notion that once the primary fight moved to more demographically diverse states — where Sanders was struggling to make inroads with nonwhite voters — the former secretary of state would clean the progressive insurgent's clock.

Nevada is the first state where that strategy will be put to the test — and, if Sanders pulls out a victory on Saturday, the reverberations will be felt far beyond the Silver State.

Clinton's Nevada gamble: Nevada, where non-Hispanic whites make up just 51.5% of the population, provides a crucial opportunity to halt Sanders' momentum coming out of the first two contests. Speaking with the Atlantic in October, the Clinton campaign's organizing director in the state declared that Nevada was "really Hillary country," a claim that the polls certainly bolstered. A CNN/ORC survey that same month found Clinton besting Sanders 50% to 34% among likely Democratic caucusgoers, even before she rebooted her campaign with a commanding debate performance in Las Vegas and her marathon testimony before the House Benghazi committee.

Clinton boasted another key advantage in Nevada. Campaign manager Robby Mook had overseen Clinton's organizational efforts in the state in 2008, engineering a surprising 51% to 45% victory over Barack Obama. His extensive contacts and organizing chops, Clintonworld hopes, will help power her to yet another win in Saturday's caucuses.

That victory may yet come, but it's looking far less certain than it did even a month ago.

A new reality: Following his virtual tie with Clinton in the Iowa caucuses and his 22-point landslide in the New Hampshire primary, the latest polling in Nevada suggests that Sanders enters the caucuses with the wind at his back — and may barrel right through Clinton's much-ballyhooed "firewall." A survey from the Republican-aligned firm TargetPoint found the two candidates deadlocked at 45% each, and a CNN/ORC poll released Wednesday also showed a dead heat, with Clinton garnering 48% support and Sanders at 47%.

For Sanders, even a narrow Nevada win would represent a more significant milestone than his New Hampshire rout. Should he beat Clinton on Saturday, Sanders will have demonstrated that his appeal extends well beyond the overwhelmingly white states where he's enjoyed early success.

Consider the statistics: While exit polling showed that New Hampshire's Democratic electorate last week was 93% white, whites made up only 65% of Nevada Democratic caucusgoers in 2008, while 15% were black and 15% were Hispanic. If Sanders can eke out a win in Nevada, he could prompt nonwhites in other states — including South Carolina, where Democrats vote on Feb. 27 — to give him another look.

Looking to tamp down expectations — and perhaps to blunt the impact of a Sanders win — Clinton spokesman Brian Fallon last week described Nevada's electorate as "80% white," a remark that Clinton swatted down in an interview with Las Vegas-based political analyst Jon Ralston.

"It would probably be useful for Sanders' campaign to say that they can [win a more diverse state]," Kevin Banda, a political scientist at the University of Nevada, Reno, told Mic.

But "momentum" alone does not a winning campaign make, he added.

"In general, it's about the candidates' organizational structures," Banda said. "Those are all ultimately indicators of candidate quality and what party elites think of them."

Who's winning on the ground? From an organizing perspective, Clinton has the upper hand.

While Sanders has opened more field offices than Clinton, her campaign has been on the ground far longer, University of Nevada, Reno, political scientist Robert Dickens told Mic. Clinton began hiring Nevada staffers in June, while Sanders didn't open his first office there until October.

Having run in the state before also gives Clinton a vital advantage, Dickens said.

"Clinton's ground game is still in place," he told Mic. "And it is largely the state Democratic Party." Though Senate Minority Leader Harry Reid of Nevada remains publicly neutral in the race, Dickens said his vaunted political "machine" has lined up behind Clinton. That will prove critical in mobilizing multiethnic voters in southern Nevada, he explained.

But Clinton's overwhelming support among Nevada's Democratic establishment is a double-edged sword: If she falters in the caucuses, it would underscore the limits of her elite support. No less important, it would suggest that Sanders could parlay his early momentum into victories in states where hasn't been on the ground nearly as long as Clinton. He'll certainly have the financial resources to compete in later states; in the 24 hours after his New Hampshire win, Sanders raked in $6.4 million. That came after Sanders outraised Clinton by $5 million in January.

How Sanders pulls it off: Even veteran observers of Nevada's political scene are cautious about predicting what will happen on Saturday.

That's not just because the polls show a dead heat. It's hard to even know how reliable those polls are, given "the transient nature of the population" and the difficulty of predicting who will turn out, Banda told Mic. In 2008, for instance, CNN's final poll before the GOP caucuses found Mitt Romney in third place with just 19% support; he won with 51%.

But even if the polls come with major asterisks, Dickens told Mic that Sanders has key factors that could play in his favor this weekend. Nevada, he noted, was especially hard hit by the housing crash and the subsequent Great Recession. Many workers "haven't seen a change in their wages in nearly a decade," he added.

"Income inequality could be a real motivator," Dickens said. Sanders has made combatting inequality the centerpiece of his progressive populist campaign.

The Vermont senator may also benefit from a surge in turnout among young voters, a Sanders stronghold. Dickens told Mic that the Sanders campaign had been "very active" in recruiting support on his university's campus.

With just 35 of 4,051 total pledged delegates at stake, Nevada will account for only a small proportion of the delegates allocated in the Democratic primary battle. But Saturday's outcome will provide a clearer idea of just how long — and how fierce — that battle is likely to be.